What is the Beast of Bodmin Moor?

Your heart races. You see something lurking in the shadows. Beads of sweat form on your chest, and adrenaline courses through your veins.

Ghost stories can be so scary they feel real.

But unlike job interviews and exams, they’re inconsequential. They’re a bit of fun. And you can get back to feeling normal after a big hug.

We love ghost stories and one of the most interesting tales from Britain is about the Beast of Bodmin Moor.

But the thing is, this scary tale isn’t like the others you’ve heard; because the monster may still be out there.

Here’s everything we know about this famous beast.

Is it a monster? 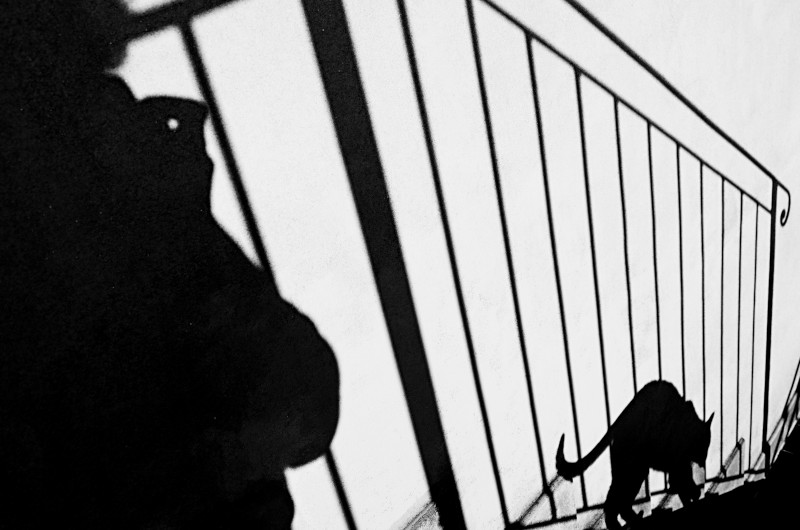 So, what is the Beast of Bodmin Moor?

Is it a witch that can suck your blood? Is it a flying wolf that’s as big as a cow? Is it a shape-shifting dragon?

No, it’s simply a large black cat. Most people who have ‘seen’ it say it’s like a puma while others have said it’s the size of an alsatian. And unlike many mythical creatures and cryptozoological stories, there’s substantial evidence this beast may exist.

But hold on, don’t get too scared and start searching Britain for large carnivorous cats, because you should also know there’s not enough evidence to prove it does exist either.

It definitely shouldn’t exist at all, because the UK isn’t home to large predators. In fact, the deadliest animal you’d find there is a wasp. And they’re not even that big and scary, it’s just that a few people are allergic to them.

But Britain wasn’t always like this; they had lions, monkeys, panthers, and more interesting animals thousands of years ago.

How old is the Beast of Bodmin Moor myth? 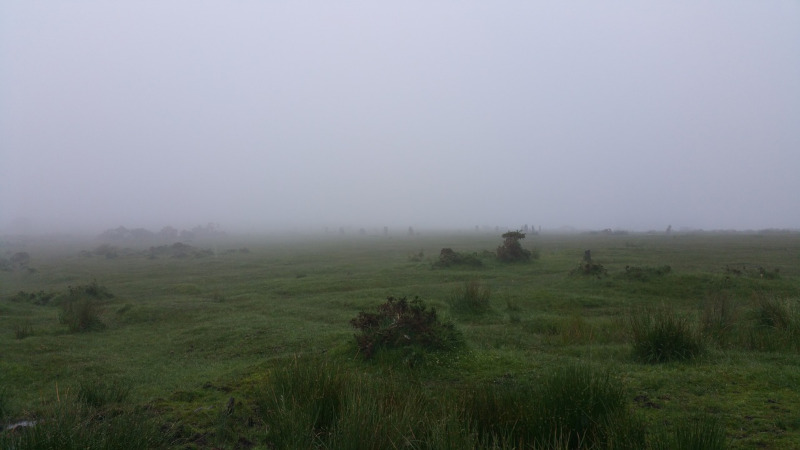 So where could have Bodmin Moor’s big cat come from? Did it survive the ice age underground in a dark cave somewhere? Did it travel on a raft of coconuts from the Americas? Both these options are unlikely.

You see, the sightings of this cat-like beast didn’t start until relatively recently. Big black dogs were more often reported in the ancient times.

The first documented sighting of a big cat in Britain was by a celebrated writer named William Cobbett - he spotted a big cat as a child in 1820.

Big cat sightings only became common in the 1970s. Can you guess why?

Well, it’s because a law came into place. But we’ll tell you more about that later. Let’s first look at the sightings.

How many times has the Beast of Bodmin Moor been spotted? 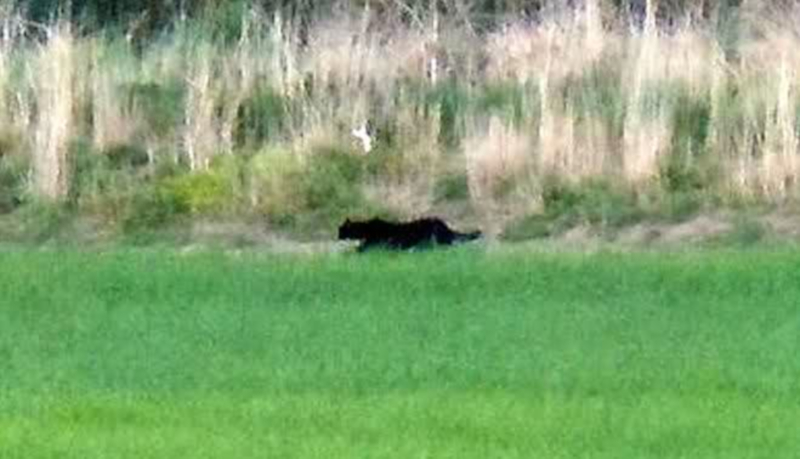 None of these reports produced clear evidence: they mainly consisted of blurry photos, shaky videos, and old imported leopard skulls. But locals believed in the beast. They even said they’d be extra careful whenever the birds and rabbits weren’t out and about.

It wasn’t just sightings that encouraged their belief in the big cat. Farmers’ livestock had been attacked and animal carcasses turned up looking like they’d been killed by something with large claws.

In 1995, the evidence piled up and the government sent in researchers to find the cat.

Unfortunately, they were unsuccessful.

A similar thing happened up the road in Exmoor. The farmers’ livestock was being slaughtered, so the government sent the army there to track whatever was causing the problem.

But they failed as well.

So, is it a phantom cat? A murderous black beast that’s untraceable?

Is the Beast of Bodmin Moor real? 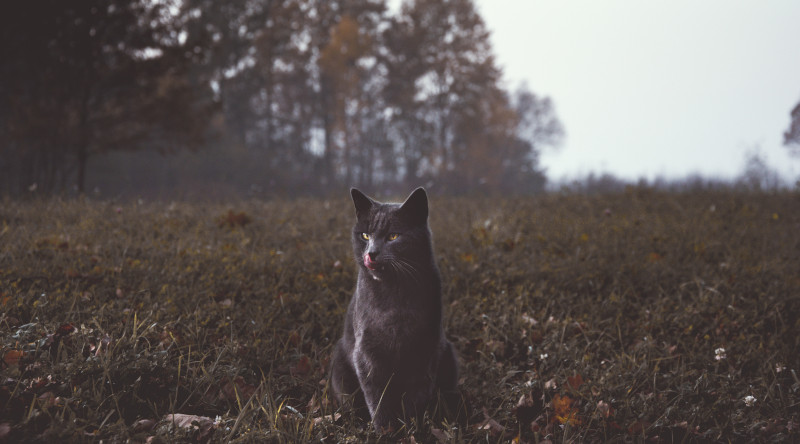 As we mentioned earlier, a law came into place in the 1970s. It was the ‘Dangerous and Wild Animals Act’. This law created strict welfare rules and made it nearly impossible for folks to keep exotic animals as pets.

But people already had exotic pets. So, rather than pay all the bills associated with this new legislation, pet owners let their animals free into the wild. A lot of these would have been big cats.

Curious creatures were spotted throughout the country at this time. Many of these animals were hunted down and caught, but just as many were never found and may have enjoyed the flesh of the farmers’ livestock.

When it comes to our beast, there are two people who have admitted they released big cats in the area where the sightings are reported

Mary Chipperfield claimed she let loose three puma’s into the wild when her zoo closed in 1978; this included a breeding pair. Another zookeeper, Benjamin Mee, admitted he released a pack of pumas from Dartmoor Zoo in the 1980s. He claims these animals could have survived two generations until the cold winter of 2010.

So, there you have it. There could-maybe-possibly be a wild cat in this area. What’s more is that there’s a good chance that these scary beasts did roam Britain for a while and eat a couple of sheep.

Although the real reason for most of the sightings is probably because of the power of suggestion.

Where has the Beast of Bodmin Moor been seen 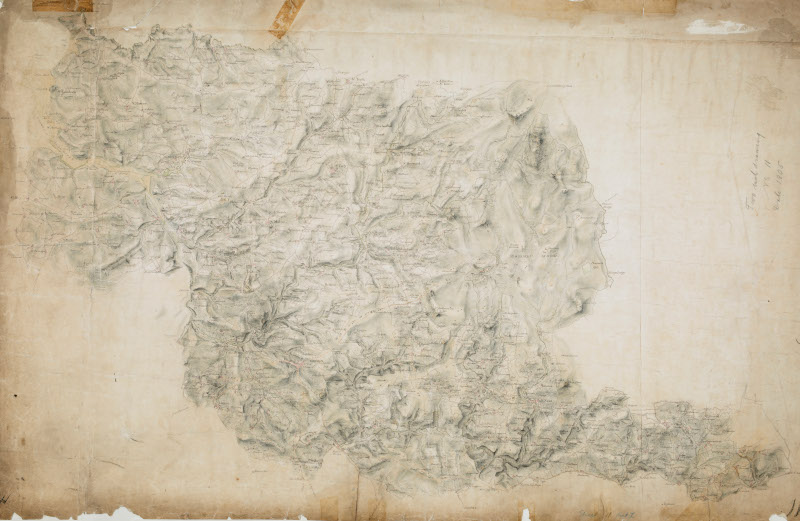 Unsurprisingly, it’s been spotted on Bodmin Moor in England.

This is one of North East Cornwall’s most famous areas. It’s a designated Area of Natural Beauty (AONB), an Important Bird Area (IBA), and a Site of Special Scientific Interest (SSSI).

The area has been associated with many legends throughout the years. They say King Arthur received Excalibur from the Lady in the Lake around here, there’s a stone circle that’s allegedly made of petrified men, and a haunted pub that featured in Daphne du Maurier’s book, Jamaica Inn.

In fact. the whole of England is riddled with ghost stories and myths. Find out about the ghost stories of Dartmoor here or how to discover the legends yourself on these tours of England.

Just don’t get too scared and read too many ghost stories before your bedtime.

Are there Different Accents in England?
Marisha

The Story of Bibury and the Yellow Car
Rabbie

Top Tips for Vegans Travelling in the UK and Ireland
Rabbie