The Beginner's Guide to King Arthur

We’re supposed to give you a guide to King Arthur's legend. This means we'll need to tell you the tale.

But even though we’ve done all the research, been on countless tours to the legendary locations, and watched the movies; we think it’s an almost impossible task.

There are just SO many different versions. A true telling of this tale could take a lifetime.

It’s the most important story in all of England and is almost as old as the language itself.

But even though it’s a daunting task, we still want to try and give you our version of the story. It's short, it's magical, and it's full of all our favourite bits.

So here it goes.

The Trials of Young Arthur 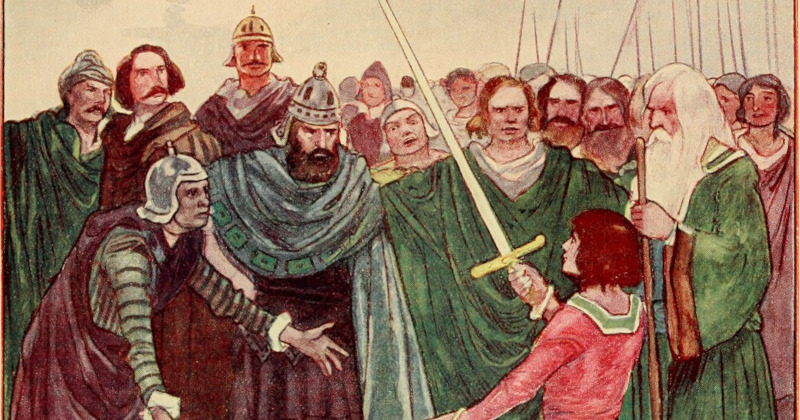 It starts in England around the 5th century. The Romans had left, and the Saxons were invading from the Germanic regions. It was a vicious and dangerous time.

So, the king of England, Uther Pendragon, decided to hide his son, Arthur. With the help of Merlin, the long-bearded and wise old wizard, they placed the child in a safe town where no one could find out his identity.

And because no one knew of Arthur’s true lineage, the other kids in school bullied him: they treated him like an unwanted orphan. He had a small and skinny demeaner and was an easy target.

But this wasn’t going to last forever.

The enemies of England had poisoned the king, and without an heir to the throne, all the nobles of the land came to Merlin to ask him who should be the new king.

Merlin said, “In Westminster, there’s a sword stuck in a stone. It’s a powerful blade. And whoever can take this sword out the stone is the true king of England.”

For years, the strongest men from across the world tried to pull the sword out. Some people would train for months, others would smear it in oil to loosen it, and one person even tried to break the stone instead. But the powerful magic meant no one could make the sword move even a millimetre.

In the meantime, Merlin met with Arthur. He became Arthur’s tutor and taught the young man that knowledge was more important than strength. And Arthur was no idiot, he absorbed all the teaching like a sponge.

Merlin had grown to immensely admire the boy’s intelligence and moral virtues, so when the boy was 15, Merlin took him to the sword in the stone.

But the crowds in the town square laughed when they arrived. And a huge giant of a man said “Look at those tiny arms. They probably aren’t strong enough to hold cutlery let alone pull out the sword in the stone.”

Yet Arthur was wise beyond his years. He took no notice of the cruel words and walked up to the sword. He looked at it for a few seconds, glanced at the crowd, and slid it out with ease.

The crowd was silenced. It was a painfully long silence. It started to worry Arthur. He wondered whether anyone would want such a small, scrawny king.

But then a woman said, “All hail our new king, king Arthur!”.

And the cheering that ensued was explosive.

The Reign of King Arthur 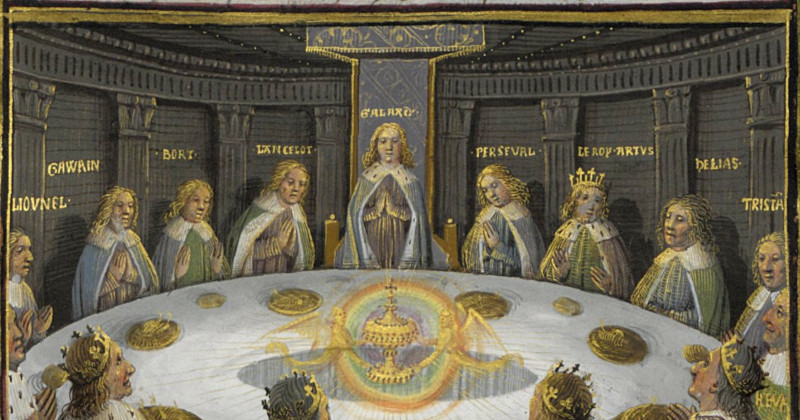 He grew physically stronger as he got older. In fact, he became so strong that he could defeat giants, dragons, cat-monsters, and witches without breaking a sweat. He was a heroic king and ended up clearing up England’s lands from monsters more times than you’ve cleaned your underwear.

What’s more is he ruled in a kind and fair manner. He listened to the rich and poor, and his knights met at a round table, because there’s no head at a round table, so everyone was treated equally and seen as equals.

But we know what you’re now thinking. This is too good to be true.

And yes, it is. As you know, what goes up must come down.

Two of his knights that sat at the honourable round table would be the source of his demise.

One of these knights was Sir Lancelot. He was Arthur’s best friend. But unfortunately, Lancelot was also in love with King Arthur’s wife, Guinevere.

And because Lancelot was the best looking and most chivalrous knight in the kingdom, Guinevere couldn’t resist his allure.

This affair caught the eye of another knight of the round table, Mordred. He was a meek knight who’d always wanted the throne for himself. And unfortunately, he had a small claim, because he was Arthur’s illegitimate son.

Mordred saw this affair between Lancelot and Guinevere as a sinister opportunity.

So, Mordred said to Arthur, “Surprise Lancelot in his room one night soon. And you’ll see whether you’ll want him beside you at the round table at the next full moon.”

Arthur did as he was told and discovered the heart-breaking affair. At first, he thought better of it. The kingdom is more important than this love affair.

But malevolent Mordred kept telling him, “The punishment for adultery is death”, “They’re making you look like a fool”, and “don’t let them get away with this crime against God”.

Eventually, Arthur gave in and sentenced his own wife to death. It’s a hard decision to make, but a decision that showed that no one is above the law of God. 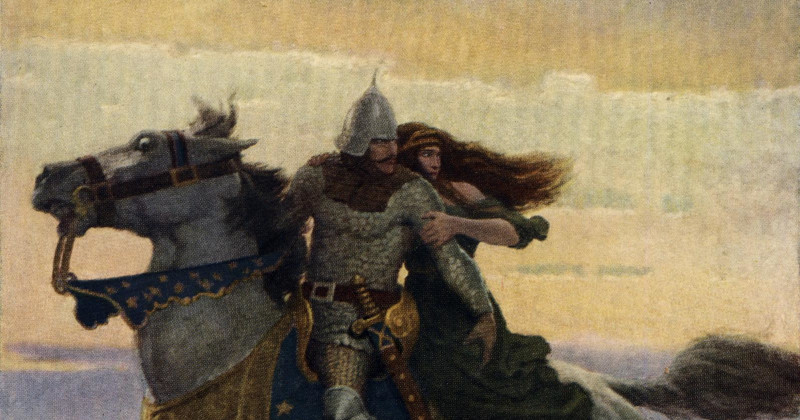 Lancelot never shied away from a fight, and his honour was more important than anything else in life. So, he rose an army to fight Arthur and save Guinevere. This fight exploded all over the country and caused divisions. Civil war rained its fire upon Britain.

Over time, Lancelot began to lose the battle, he retreated to France and Arthur followed.

But this is when malicious Mordred actualised his plan. He claimed both King Arthur and Lancelot had been killed in France. No one could prove him otherwise, so he became the new king.

He was a nasty man, so not only did he take the throne, he also replaced the knights of the round table with his own friends and took Guinevere as his wife by force.

Arthur heard this news, gave up fighting his best friend, and returned to Britain as quick as he could.

But when he returned, his kingdom was unrecognisable. It was like coming home from work to discover that a heard of elephants had run rampant in your house.

Everything was a mess and it was Mordred’s fault.

Arthur had to get revenge.

A huge battle ensued, the Battle of Camlann. The fighting raged for days. And when there were only a few men left on the battlefield, Arthur spotted his traitorous son, Mordred. Arthur had lost his trusted sword, so he grabbed a spear from the ground and charged at Mordred. It pierced Mordred through the heart and flung him into the air. But with his last morsel of strength, Mordred threw his blade and cut into Arthur’s head.

King Arthur had killed Mordred, and the landscape was beautifully calm and misty. But Arthur had taken a fatal wound. The winners of the battle burst into tears when they saw the state of their king.

His supporters swiftly put him and a sorceress onto a boat destined for the magical island of Avalon, the modern-day Glastonbury Tor.

Some say he died there. And others say he’s still waiting there to come and save Britain when evil strikes the country again.

It’s a tragic ending isn’t it? And if you’re like us, you’ll be wondering what the point of the story is.

Well, firstly it’s a moral tale. One that says anyone can be a king at heart, and that even though ideals are impossible to uphold in the face of evil, they’re still worth the effort.

Secondly, they say it’s a tale that encourages the subservience of the proletariat, and it was spread around England to legitimise kings’ lineages throughout the ages.

But really you can take what you want from the story. It’s only fiction and this is just one version of the tale. In fact, some later versions say King Arthur is a lazy good-for-nothing king!

We hope you enjoyed our attempt to tell England’s eternal tale. And if you didn’t like it, we suppose you can always watch one of the movie versions of it tonight. Or better yet, take this tour of Cornwall and discover the places where the myths may have taken place.

How to Spend a Perfect Day in London?
Lilly

Where Are the Best Outlander Locations in Edinburgh?
Rabbie

The Story of The Enchanted Waters of Sligachan
Rabbie