It’s said that films and TV shows are among Britain’s biggest exports. And here at Rabbie’s, we visit numerous filming locations throughout England and Wales.

So, we've gathered the most popular big and small screen production locations for you to visit.

Read on and get ready for Rabbie’s set-jetting.

The Wiltshire village of Lacock is recognisable even to those who have never been there before, as it’s been used in many film and TV dramas.

Because the centre of the village has so few outward signs of modernity, the set designers don’t have to worry about concealing telephone poles or TV aerials. And none of the buildings are newer than the eighteenth century.

The stately home, Lacock Abbey has featured in Tudor-era dramas like The Other Boleyn Girl and Wolf Hall. In 1995, the village was transformed into Meryton for the BBC’s famous adaptation of Jane Austen’s Pride & Prejudice. Another Jane Austen adaptation, Emma, was partly filmed in Lacock a year later. More costume dramas followed, notably the BBC’s 2007 adaptation of Elizabeth Gaitskell’s Cranford, in which Lacock played the title role alongside Dame Judi Dench.

Recently, filming work for the Harry Potter spin-off Fantastic Beasts: The Crimes of Grindelwald took place in Lacock in the autumn of 2017. This is a continuation of Lacock’s ongoing association with Harry Potter. Previously, parts of the Abbey were used for scenes at Hogwarts School. And if you remember, Harry and Professor Dumbledore walked through the village to a house which has become famous as Professor Slughorn’s abode in Harry Potter and the Half-Blood Prince.

The National Trust, which owns the village, kindly gives away free maps showing the exact locations of buildings that have played prominent roles on both the big and small screen. So, remember to grab your copy and get those photos of the real-life set from productions you love. Lacock is visited on our one-day Bath, Avebury & Lacock tour and also on our two-day Cotswolds, Bath & Oxford tour.

Over in Oxfordshire, several parts of the small town of Bampton have appeared as Downton in the hit drama, Downton Abbey. Local houses have doubled up as Isobel Crawley’s house and the Grantham Arms pub, while the library was turned into the hospital for the show. More significantly, the twelfth-century church of St Mary-the-Virgin had a starring role in the show as the Downton parish church – the venue for the weddings and funerals.

Unusually, the church interior scenes were actually filmed in the church itself rather than the studios. So, remember to have a look inside when you visit Bampton. Some enthusiastic Downton fans have even tried to find Matthew Crawley’s grave in the churchyard! 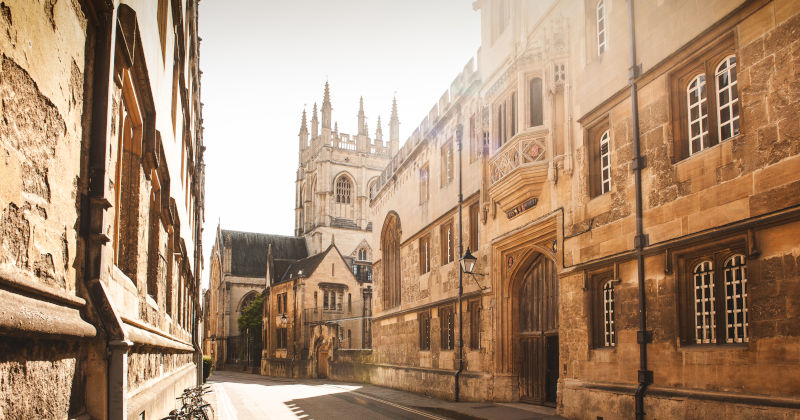 The university city of Oxford has a rich literary heritage which has perhaps inevitably led to it becoming a filming location. It was the setting for ITV’s long-running detective drama series Inspector Morse. Lonsdale College, mentioned in the series as the main character’s old college, is fictional but the real-life Exeter College was used to portray it in the show. Several Oxford pubs, most notably the White Horse and the well-hidden Turf Tavern, starred as themselves. In recent years, Inspector Morse has inspired a sequel (Lewis) and a prequel (Endeavour), both of which have also been filmed in and around Oxford.

Several Oxford colleges, most notably Christ Church, appeared in the 2007 fantasy adventure film The Golden Compass (based on Philip Pullman’s novel Northern Lights which was published as The Golden Compass in the USA). But Oxford’s, bigger movie connection is with the Harry Potter franchise. 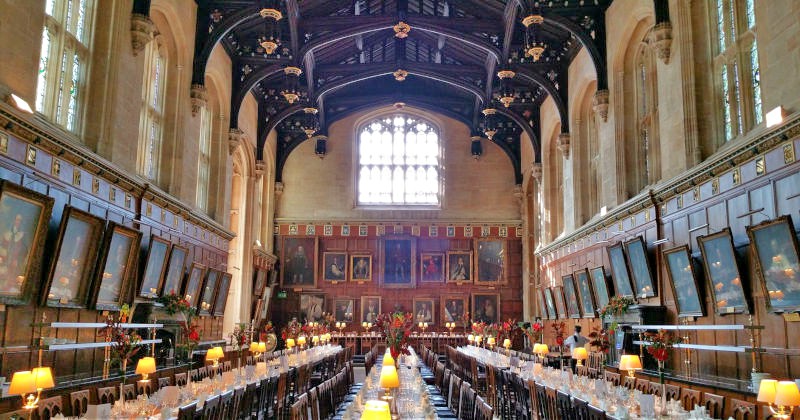 
We visit Bampton and Oxford on three of our tours – the one-day Oxford & Traditional Cotswold Villages tour, the two-day Cotswolds, Bath & Oxford tour and the three-day Shakespeare’s England, Warwick Castle & the Cotswolds tour. 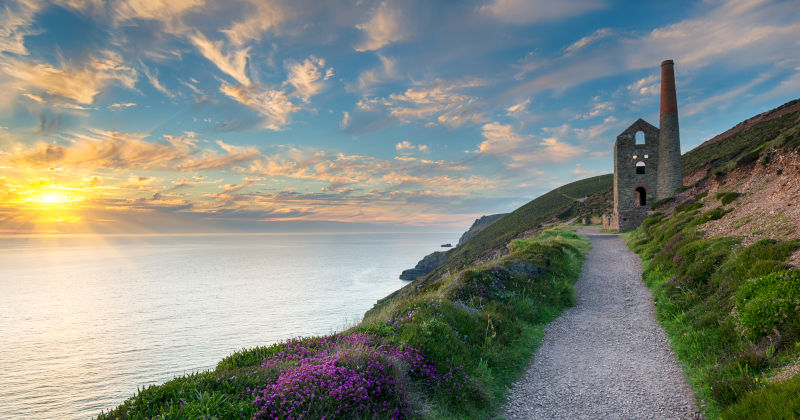 Down in Cornwall, the hit BBC series Poldark has been filmed in various locations across the county. We call in at a couple of them, like Porthcurno Beach, which featured in a dream-sequence with Demelza and Ross. And let’s not forget about the remnants of the old mine engine-houses on the ‘Tin Coast’ between Land’s End and St Ives, which double up as the Poldark family mines.

And then there’s Port Isaac – the charming fishing-village that’s known as Portwenn to fans of ITV’s Doc Martin. Although the first series of Doc Martin was broadcast in 2004, the story actually began in 2000 with the comedy film Saving Grace which was filmed in Port Isaac. Martin Clunes played a doctor in that film, and that character subsequently underwent several changes to become the titular ‘Doc’ of the TV show. Get ready for the ninth series which will be broadcast next year. And in the meantime, visit Cornwall on our five-day Devon & Cornwall tour. 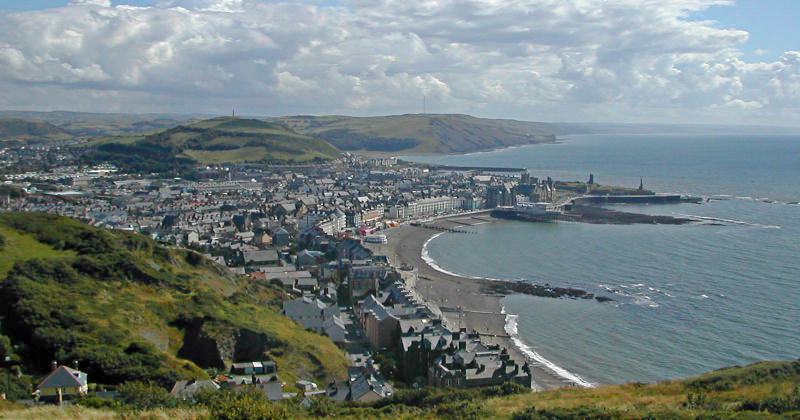 In Wales, the seaside town of Aberystwyth, where we stay for two nights on the five-day Discover Wales tour, has recently become well-known as the location for the BBC/S4C ‘Welsh noir’ detective series Hinterland (or Y Gwyll, as the Welsh-language version is known). Not far to the south, we call in at the fishing town of New Quay; the poet Dylan Thomas lived there in the mid-1940s, which explains why New Quay is often cited as one of the inspirations for the fictional village of Llareggub in his famous radio play Under Milk Wood. New Quay also features in the 2008 film The Edge of Love which is about Dylan Thomas’s time there.

We hope that you enjoyed our set-jetting around England and Wales. Remember, these beautiful and intriguing places are on your doorstep. You just have to jump on one of our tours and leave London behind to discover the imagination-capturing locations from the big and small screen.