According to George Bernard Shaw, whisky is liquid sunshine. It’s pretty difficult to argue with such an eloquent sentiment.

However, the sunshine (in both meanings of the word) can be a little bothersome the next morning if you’ve indulged in a few too many glasses the evening before.

Mark Twain didn’t let this small setback prevent him from indulging in a dram or two though, as he is famous for boldly announcing “Too much of anything is bad, but too much good whisky is barely enough.”

You may be wondering what we could have to uncover about whisky that you haven’t already heard from these famous and philosophical drinkers. Well, let’s be honest here - the story of whisky is long, and the makers and consumers (especially the Scots) are fond of a good blether. So, whether you’re a whisky expert, or have only had your first sip, you’re sure to discover something new amongst the following facts.

1. The Irish spell whisky with an ‘e’ (whiskey), whereas the Scots spell it without one. The difference is mostly due to variations between Scottish and Irish Gaelic and how they have been translated into English.

2. According to the Scotch Whisky Association, 41 bottles of scotch whisky were shipped overseas every second in 2018. 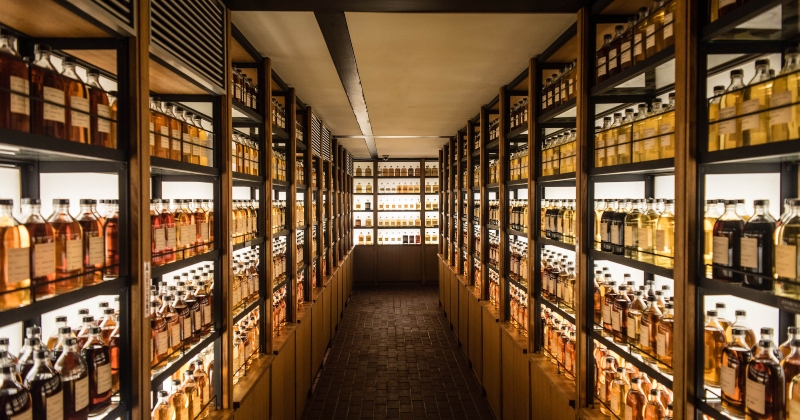 3. As you can imagine, storing highly flammable alcohol comes with its fair share of risks. This is why many Scottish whisky distilleries hold casks produced by other distilleries in their warehouses for maturation. It’s a safety measure so if one warehouse goes up in flames, all a brand’s stock won’t be lost.

4. In Gaelic, whisky translates to ‘water of life.’

5. Have you heard of the ‘Angel’s Share’? This is the 2% of liquid which evaporates every year from a whisky barrel while it’s stored for maturation. Rumour has it that it keeps the angels in good spirits.

6. Moonshine is the name given to un-aged whisky with high alcohol content. It was typically made illegally under the light of the moon and hidden from the eyes of the authorities, hence the pseudonym. 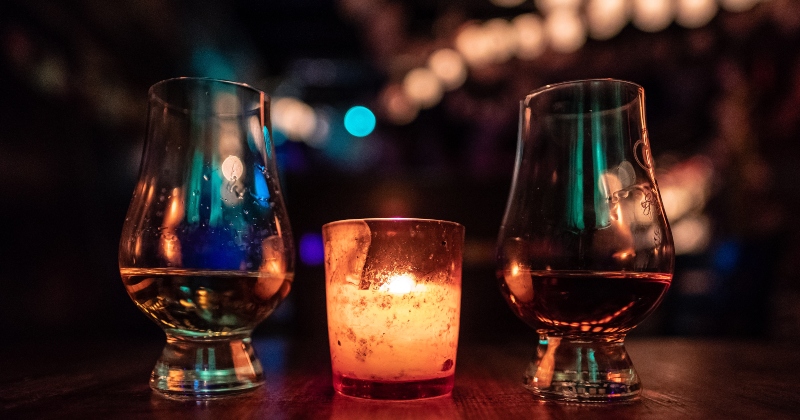 8. Once bottled, whisky doesn’t age as many wines do. So there isn’t much point in saving it for a rainy day. Which would be every day in Scotland anyway.

9. Because whisky gains its colour from the barrel it’s aged in, and every barrel (just like every tree), is different, each batch can range in colour once bottled. For the sake of product image, some brands may choose to put caramel colouring in a batch to make the whisky look more consistent to consumers. The taste of the whisky isn’t supposed to be affected by the additive.

10. A batch of whisky will also develop its flavour from the cask it’s matured in, and this depends on what was stored in it previously. For example, a whisky aged in a cask which has held bourbon will have a different finishing flavour to a whisky stored in a sherry, rum or port cask.

11. Scotland’s distilleries get most of their oak casks from the US, where they were previously used for storing bourbon. 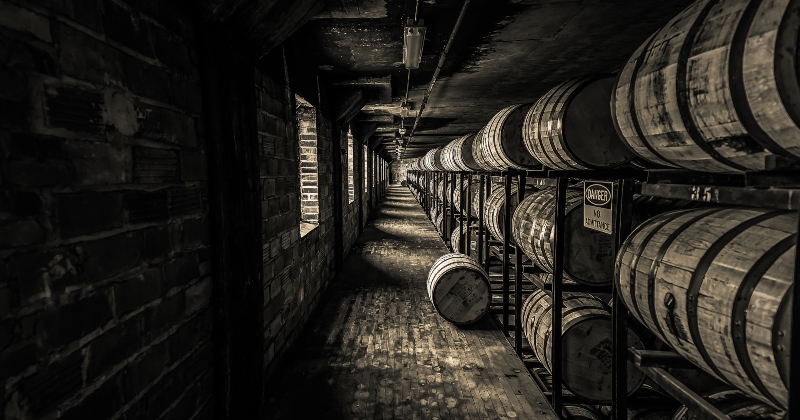 12. Humans have been making whisky for centuries, but a Swedish distillery has recently begun using AI to generate the ‘perfect’ whisky recipe. What’s this ultimate recipe based on? Data analysis of past and current consumer trends. So the jury’s still out on that one, but it’s set to be a crowd-pleaser.

13. Think the French are all about a good bottle of red wine? Think again. Alongside the US and India, France is one of the biggest consumers of whisky worldwide.

14. These days, most people would order a can of the iconic American soda, Mountain Dew, alongside their burger and fries. But back when it was first produced it was intended to be a chaser for sub-par whisky.

15. Instead of shouting “cheers!” when chinking glasses at a gathering, Scots will say “slainte” which means ‘good health’ when they share a dram with friends. 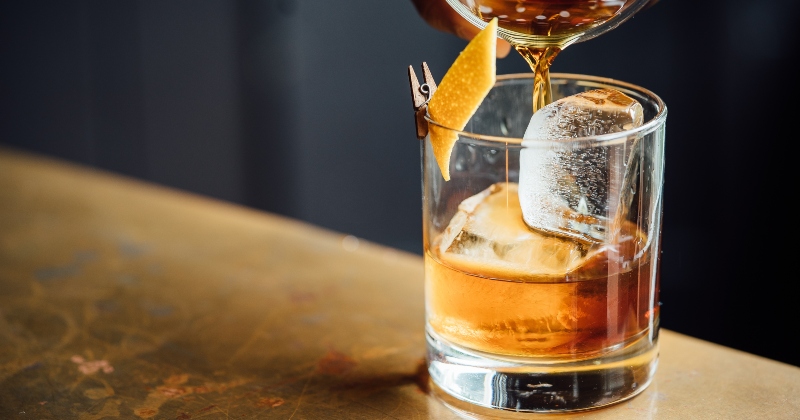 16. ‘Nosing’ sounds like what you do when you stick your conk in other people’s business. But it’s actually the term used to describe the act of inhaling the aromas of a fine whisky before drinking it.

17. The infamous copper dog was a device distillery workers would use back in the day to smuggle whisky home. It’s a copper pipe with a penny soldered on one end and a cork stopping the other. It was dipped into a cask and filled with whisky, then concealed in the trouser leg of the wily employee as they made their way off the premises.

18. The TV show Mad Men almost doubled the demand for Canadian Club. When it first aired, everyone wanted to drink Old Fashioneds like Don Draper and their popularity increased in bars worldwide.

19. In 2019, Diago, one of the world’s largest alcohol enterprises, released a Game of Thrones collection of whisky. This was done in preparation for the final season of the hit TV show and assisted in promoting some of Scotland’s finest distilleries. Each was carefully paired with one of the fictional family houses of the seven kingdoms. Cardhu was matched with house Targaryen for its past of strong female ownership. You can read more about this distillery’s fascinating matriarchal influence here.

20. Ever wonder how the gravity in space would affect compounds in whisky over time? The Islay distillery Ardbeg certainly did, and that’s precisely why they sent vials of their whisky to the International Space Station in 2011. If you’re curious, you can find out what they discovered here.

21. Head to Scotland and you’ll hear many people order a ‘dram’ of whisky at the bar. The word ‘dram’ may be a popular part of the Scottish vernacular today, but historical evidence suggests it was once used as a unit of measurement in an apothecary. Further evidence of the remedial qualities of whisky, we’d say.

22. Speaking of whisky as medicine, the only whisky the US would legally import during the prohibition era was Scotch Whisky, which was prescribed to ease many illnesses.

23. Lastly, on Humphrey Bogart’s death bed he is rumoured to have expressed one final regret: “I should never have switched from scotch to martinis.” May we live and learn from Bogart’s mistakes.