Stories from the Storr

Giants and faeries once roamed Britain.

They had battles between realms, lifted mountains from the earth, and played tricks on ignorant humans.

But why do you think our ancestors believed these myths?

Well, imagine you lived in 10th century Britain and saw a 1,000-year-old Roman wall or Stonehenge. You wouldn’t understand how it was created: you’d assume something with incredible strength or magic must have made it. And what about mountains? You didn’t know about glaciers, volcanoes, or how long the earth had existed for.

Giants and faeries were the simplest explanation for these mysteries.

In this article, we tell you about the ancient creatures who allegedly lived on the Isle of Skye and the origins of the Old Man of Storr.

A word of warning: these stories may change your perception of this rock formation forever.

What is the Old Man of Storr? 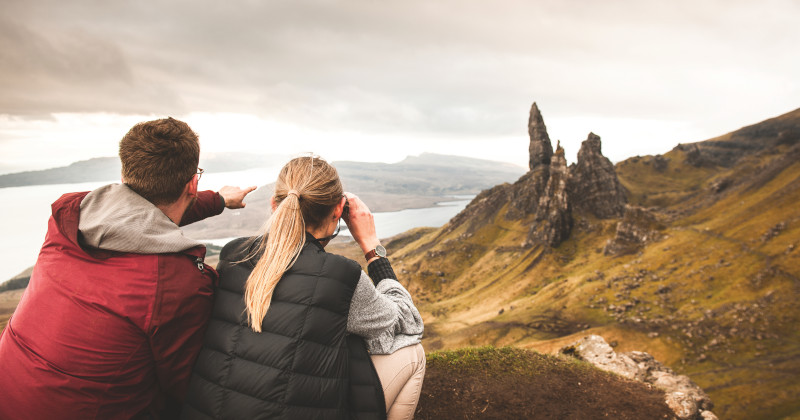 A couple of miles north of Portree, you find the most bizarre geology on the island, the Old Man of Storr.

Jutting out of the undulating terrain, this 160-foot-high stack of rocks is one of the most epic in Europe and probably the most photographed place in Skye.

Nowadays, scientists believe that lava flows created these huge rocky outcrops, but we’ll let you decide whether it was a giant or faeries.

Here are a few of the legends.

The Legend of a Giant 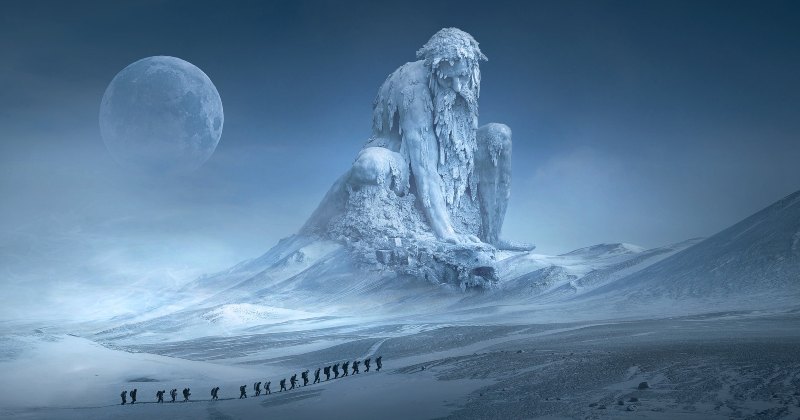 The first story says a giant was minding his own business on the island until he fell over and died.

Just like that. Pretty short story, don’t you think?

The earth covered him, and the big pointy bits of rock are said to be his fingers. Well, this is the polite version of the tale.

Some say that The Old Man of Storr’s original Gaelic name translates to the ‘Penis of Storr’.

Yes, you can stop giggling now.

When the historians discovered this, they were too polite to keep this name, so they incorrectly translated it to the ‘Old Man of Storr’. So, when the giant died, the locals didn’t say his fingers were sticking out, it was his…his you-know-what!

The ancient Gaelic tribes even worshipped this large piece of rock as a symbol of fertility.

Anyway, that’s enough of those rude things. It’s time for another legend.

The lore says Scotland is home not only to giants, but also faeries and demons.

The limited size of the land made coexistence between these creatures difficult. So, fighting over territory and using magic on enemies was common.

Another version of the legend says two giants occupying the ridge were fleeing from a demon. When they were running for their lives, they unwisely looked back and were turned into the cluster of giant stones. Now, they’re standing at the Storr to remind everyone that looking at a demon chasing after you turns you into spectacular landscape.

If you like these legends of giants, you should also read our story about the waters of Sligachan on Skye.

The Brownie and the Broken Heart

Here’s another story about the creation of this famous lump of rock. It’s a little sad and romantic, so get the tissues ready.

Scottish folklore tells of a little creature called a ‘brownie’. These looked like goblins and did small tasks to help humans. A man saved a brownie’s life in Skye and never asked for anything in return. They became great friends, but the brownie had to go away for a week. And when it was away, the man’s wife died, and then he died from a broken heart.

The brownie was devastated.

So, he magically carved these pillars of stone so his favourite married couple could be remembered forever. 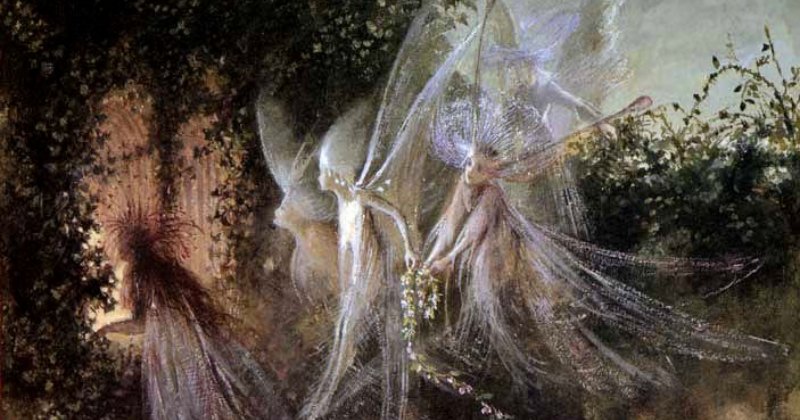 There’s a legend that connects faeries to the creation of the rocky pinnacles of Storr. And these aren’t cute little guys like Tinkerbell or Cinderella’s fairy godmother.

The Scottish faeries were part of the invisible world and were deceitful and dangerous. They could steal your soul or trap you in their realm for eternity.

The faeries living near the Trotternish Ridge liked to play tricks on people. They observed a local man and his wife who walked up the hill every evening. As the years passed, the couple became old, and the wife could not climb to the top with her husband. He became upset because he loved exploring the countryside with her.

The faeries made an offer. They promised the man that his wife could accompany him wherever he went. He cheered up and accepted this: it sounded perfect. And in that moment, the faeries deceived him and turned them both into pillars of rocks for eternity.

These are just a few of our favourite legends connected to the Old Man of Storr. You may be sceptical about giants, faeries, brownies and demons, but you must admit these tales are still enchanting.

Try to walk to the pillars if you have a chance. They offer a stunning view over the island. And who knows, maybe when you’re up there, you’ll dream up another story about the creation of the Old Man of Storr.

Find out about our tours to Skye here.

Alnwick Castle - The Magic of The Northumberland Coast
Katie

12 Reasons to Visit the Dingle Peninsula in Ireland
Rabbie