“I long for our cheerful and un-palace-like rooms at Osborne.” Queen Victoria wrote mournfully to her daughter while cooped up in the gloomy confines of Windsor Castle.

You may not turn your nose up at the prospect of staying somewhere like the grand Berkshire royal residence, but Queen Victoria didn’t care for it. She much preferred the open, airy and informal atmosphere of Osborne House on the enchanting Isle of Wight. But why was this stately dwelling so well-loved compared to Victoria’s many other grand estates?

The Appeal of Osborne House

Queen Victoria and Prince Albert purchased Osborne Estate in 1845. They demolished the existing house to make way for a larger and more extravagant holiday home. You might think Queen Victoria’s description of the house as ‘un-palace-like’ is amusing; but to her, the family’s rooms were personal. Here, the children could visit herself and Albert’s quarters without feeling like they were trespassing. For Victoria, there was a calm and casual feeling about Osborne House. She could relax, unhampered by the pressures of her duties in London, and spend quality time with her family. 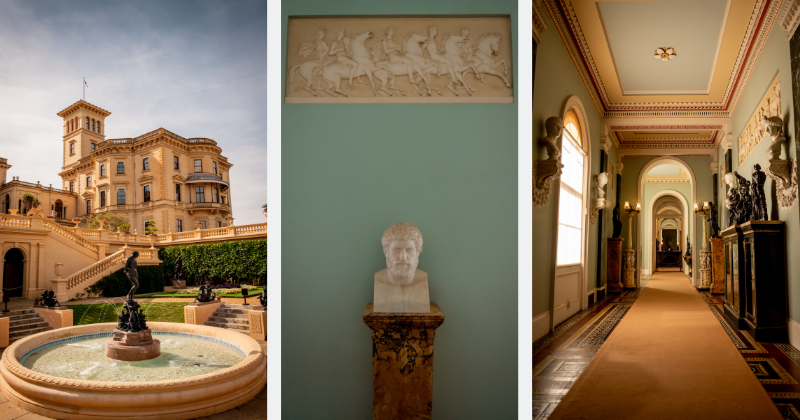 Thomas Cubitt designed Osborne house according to Prince Albert’s vision. This seaside retreat was built in the Italianate style, as influenced by Albert’s trip to The Bay of Naples in 1839. He wanted the palace to reflect the warm climate and fit in with his concept of island life. The sweeping terraces, traditional Italian gardens, and picturesque ocean views make it the ultimate holiday escape.

Osborne House is not only inspired by Italian design. Queen Victoria’s title, Empress of India, influenced the unique style of the Durbar Wing. This stately part of the building was used to entertain guests and house the family of the Queen’s youngest daughter, Princess Beatrice. Its opulence is breath-taking, especially the intricate plasterwork and ornamental fireplace. 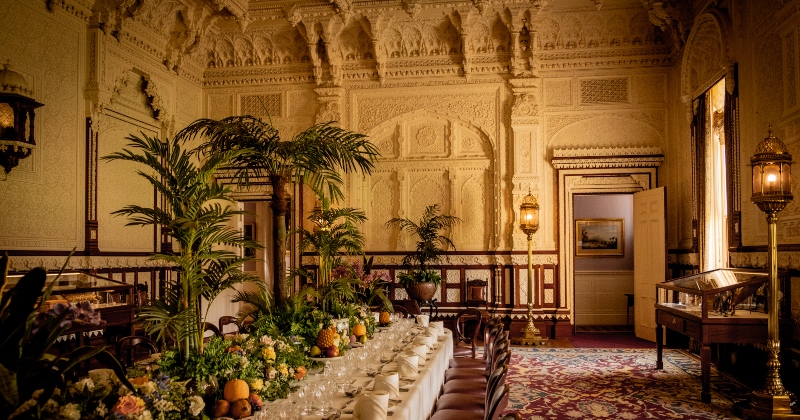 Prince Albert’s death affected the Queen deeply. It’s said she held seances at Osborne House to try and contact her husband from beyond the grave. She’d even obsessively instruct the house staff to lay out clothes in his quarters and provide hot water for bathing as if he were still there.

Queen Victoria spent more and more time at Osborne House to feel close to her deceased husband. Who knows, perhaps she thought she strolled the corridors with the ghost of her beloved? Maybe if you walk through the same quiet passageways you’ll feel his presence trying to reach out to her still? 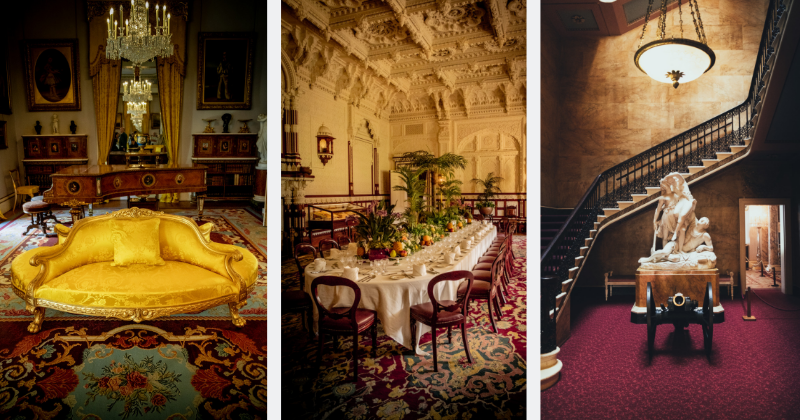 Osborne Estate also includes expansive grounds and a little cottage hidden away amongst the sprawling gardens. Swiss Cottage was built for the education and entertainment of Victoria and Albert’s nine children. Here the children learned to bake and cook using ingredients grown in the surrounding kitchen garden. The use of the cottage suggests that a well-rounded education was an important aspect of the royal children’s lives. Victoria and Albert seemed concerned that their offspring would be too spoilt, and so encouraged them to learn the practical everyday skills of the people they ruled. Though we have no doubt they still indulged in treats and lavish gifts! 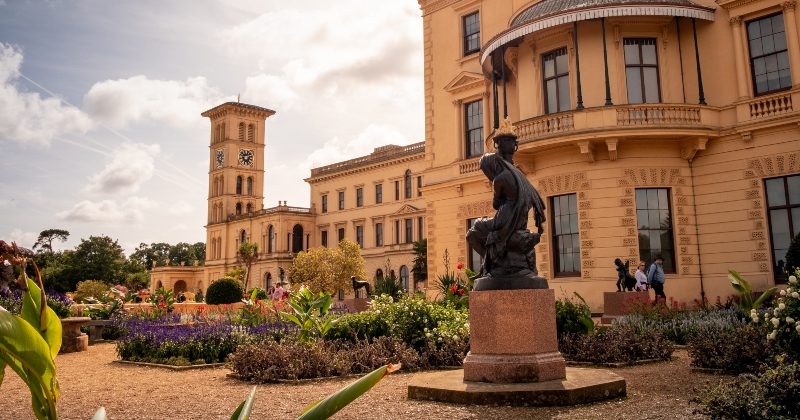 There are many trails and walks on the grounds which will lead you to secret spots explored by the royal children. In the colourful gardens, you may find hidden alcoves used by the Queen herself for a moment of reflection in the calm surrounds of island life.

The track down to Osborne Beach brings you to Queen Victoria’s Bathing Machine; and no, this isn’t a wonderful machine that automagically dresses you in your swimwear. It’s where she discreetly changed into her bathing costume before taking a dip in the water. Nowadays, It’s the perfect spot to enjoy an ice-cream during summertime. 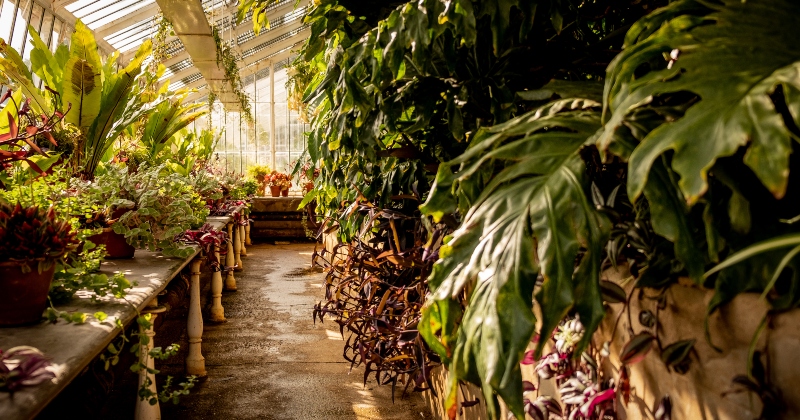 Getting to Know the Royals

Visiting Osborne House is a fascinating insight into Queen Victoria and her family’s life outside of royal protocol. Wandering around the estate, it’s easy to imagine how they would enjoy summer holidays away from the pomp and ceremony of London. And of course, the Isle of Wight is the perfect place for your own sunny escape. 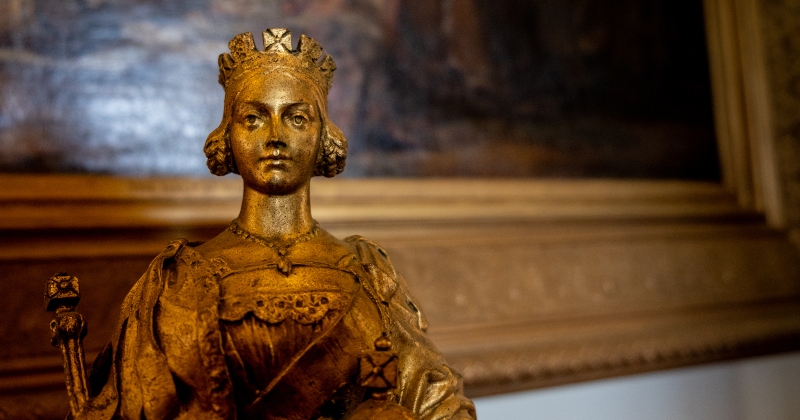 “It is impossible to imagine a prettier spot,” said Queen Victoria when taking in the vast surroundings of Osborne Estate, and we can’t help but agree with her.

You can visit Osborne House on our Rabbie’s 3-Day Isle of Wight and the Southern Coast tour, departing from London.

Top Things to See and Do in Seville: The Ultimate Guide
Marishaw