The Tizzie-Whizie: A Legend of the Lake District

On your next walk in the Lake District, you should keep your eyes peeled.

Not for eagles, deer, or otters; but for tizzie-whizies.

Oh, what? You don’t know what a tizzie-whizie is?

Around these parts, they say if you keep your ear to the ground, you can sometimes hear a tiny squeaking sound.

You hear it? Then raise your head up and you’ll catch a glimpse of a tizzie whizie flying past you at the speed of a bullet.

This creature is so rare that some dare to say it doesn’t exist.

It has the body of a hedgehog, the wings of a dragonfly, the antennae of a bee, and a huge fluffy tail like a squirrel. Just like in this old picture. 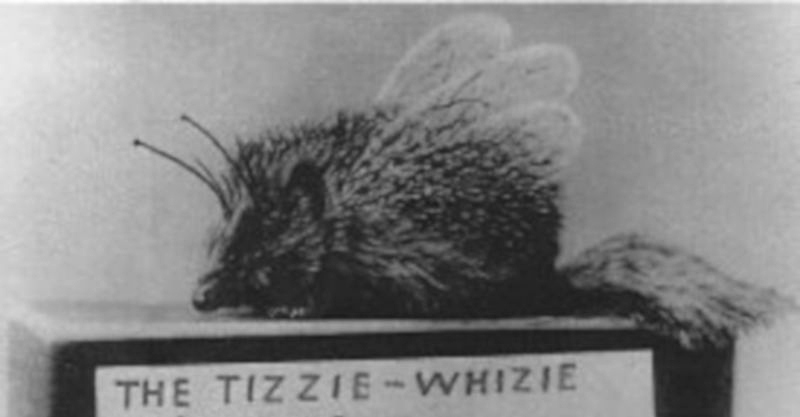 Now, I guess you’re wondering who has seen this beast and where it was first spotted.

Well, some sceptics say it was made up for a money-making scheme.

Anyway, here’s how they say the legend of the tizzie whizie came to be.

The Brilliant Boatman from Bowness

Around 1900, there was a Boatman in Bowness. He only wore woolly jumpers, and a pipe perpetually hung out of his cracked-country lips.

Tourists were flooding the Lake District, and he decided it was time to make some money out of them.

But he didn’t have skills or an education. All he had was a boat and a brain.

He needed a plan; and where else better to think of a one than at the local pub.

So, he wandered down to his drinking spot, sat on his favourite wooden chair by the fireplace, and proceeded to drink a pint. After the first sip, he imagined getting tourists to pay for him to do a dance on his boat. It’s certainly something different.

But no, it would never work. He hadn’t enough money for dance lessons.

After the second beer, he decided he could rent his boat out to young lovers. But no, there were far fancier boats in the region doing the same thing. And surely, he couldn’t trust young folk with the only precious thing he had in life.

And as he started his third pint, six tourists from London swarmed the old pub.

He looked at them, raised his right eyebrow, and took a deep puff from his pipe.

The night crawled on, and he mustered up the energy to talk to the young crowd.

They loved his local accent and a young lady asked, “So you’ve been here a long time, you absolutely must tell us about some of the regional myths and legends. I love that stuff. I’ve bought hundreds of books and gone on fairy hunts throughout England.”

The Boatman took another long draw from his pipe and looked around the room. A painting of a hedgehog hung on the wall and several flies banged into the cobwebbed lamp.

He told them of the tizzie whizie.

They loved this story and even agreed to come on a ‘Tizzie Whizie Hunt’. 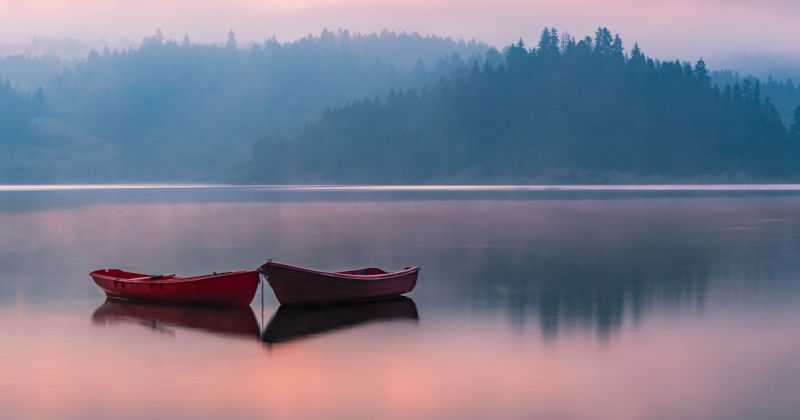 The next morning, they were on the edge of the lake. Not too far from our lead character’s boat.

The Boatman said, “Shh. Can you hear it?”

All six Londoners had been lying on the ground listening for the squeaking sound for twenty minutes.

Eventually, one of them said, “By Jove! I heard it!”

The Boatman said, “There it is! Quick. Follow me.”

The group crashed through the trees and bushes along the lakeside until the Boatman said, “There. Look! It went over to the Belle Isle!”

A Londoner said, “But what? I’ve been looking in that direction and I saw nothing.”

The Boatman said, “Well, weren’t you listening to me at all last night? Tizzie whizies are exceptionally good underwater swimmers.”

The Londoner said, “Oh, of course. How silly of me to forget that.”

All six of the tourists paid the Boatman a healthy sum of money to travel on his boat to the Belle Isle.

His plan had paid off. He’d made more money than he thought possible.

But this was just the start.

The Boatman used this money to buy ginger biscuits to lure a tizzie whizie to his friend’s photography studio. There, his friend ‘took a picture’ of it and they printed thousands of the photo on postcards.

He sold these as part of the tours he did for the rest of his life.

Some say no one believed in the tizzie whizie at all; they just went on the tour because of the famously charismatic boatman who wore only woolly jumpers.

But others have reported seeing tizzies whizies even to this day.

Let’s see if you can find one yourself on one of our tours to the Lake District.

Where Are Britain's Tallest Mountains?
Rabbie

36 Scottish Food and Drink You Must Try
Rabbie