The White Cliffs of Dover are a stunning location, seen by thousands of people each year. But there's a reason why they are an official icon of Britain.

However it’s not only the beauty they’re praised for. The White Cliffs of Dover also have an important meaning.

This stunning coastline has been saying ‘farewell’ and ‘hello' to thousands of people crossing the English Channel for centuries.

It’s a symbol of home, hope and freedom.

Well, that's just the start of it. Here's four reasons why you should visit the White Cliffs of Dover.

Why you should visit the White Cliffs of Dover

1. The Gorgeous Geology of the White Cliffs of Dover 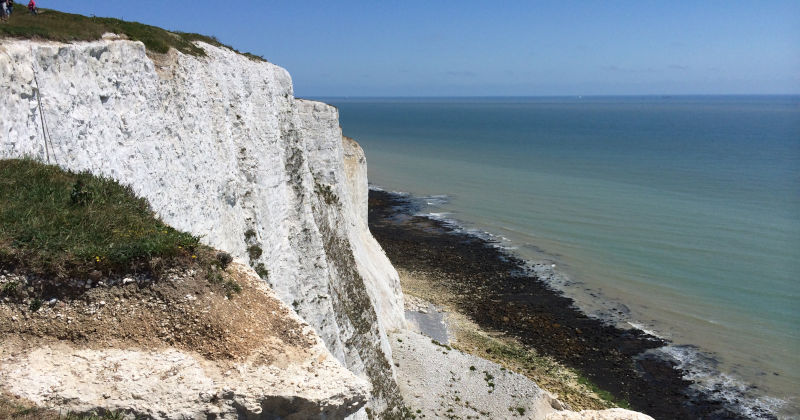 Think about it. There aren't many places in the world where you can see white cliffs.

It may be hard to believe, but this stretch of coastline is made of chalk.

Chalk is a soft, white, finely grained limestone made of the remains of coccoliths. These tiny planktonic green algae once floated in the sea. When they died, their minute bodies sank to the bottom of the ocean. Together with the remains of other creatures, they formed layers of chalk. If you think how minuscule these algae are, you won’t be surprised that it took millions of years to create these spectacular cliffs. It’s thought that they grew at a ‘staggering’ speed of half a millimetre a year! That makes geology much more interesting, doesn’t it?

2. The Turbulent History of the Cliffs 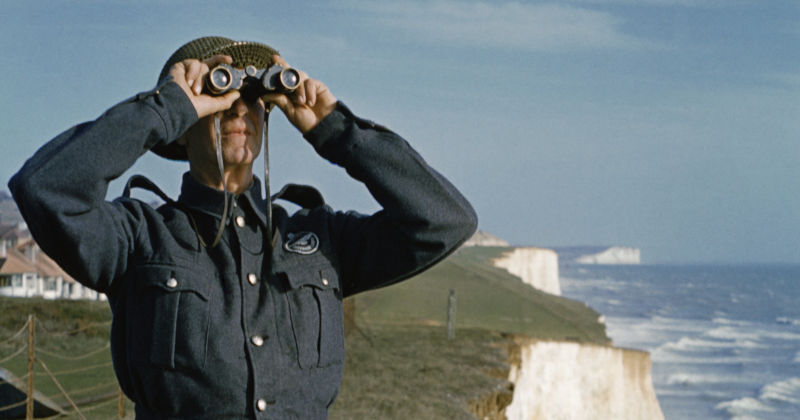 Standing tall as guardians of the island, the White Cliffs of Dover witnessed many dramatic moments in English history. Which is why many visit them on a tour of England.

If they could speak, they would regale you with incredible stories. They would speak of Julius Caesar who crossed the English Channel with his unsuccessful Roman invasion.

They would tell you about the fear of Napoleon’s invasion and British reinforcements, and the secret underground tunnels at Dover Castle.

You would hear that as a significant part of the defence system, they were on the frontline in WW1 and WW2. It was here where two sound mirrors, designed to hear the enemy aircraft, were installed. The White Cliffs of Dover were also the location of the mighty gun batteries; ‘Winnie’ and ‘Pooh’.

The White Cliffs of Dover were the reassuring sight and symbol of the United Kingdom to the British and French troops evacuated from dangerous beaches of Dunkirk. This evacuation, called ‘Operation Dynamo’, was one of the most astonishing actions of WW2. It was a heroic feat of the Royal Navy and private boat owners who ferried the troops to safety from France.

When you’re standing on the edge of the coastline, you can spot two shipwrecks at the base of the cliffs. The SS Falcon which caught fire and ran aground in 1926. And Preussen, a German vessel wrecked here in 1910.

Try to ponder over these turbulent moments and heroic people connected to this place when you stare over the English Channel towards France.

3. The Ponies grazing at the top of the White Cliffs of Dover 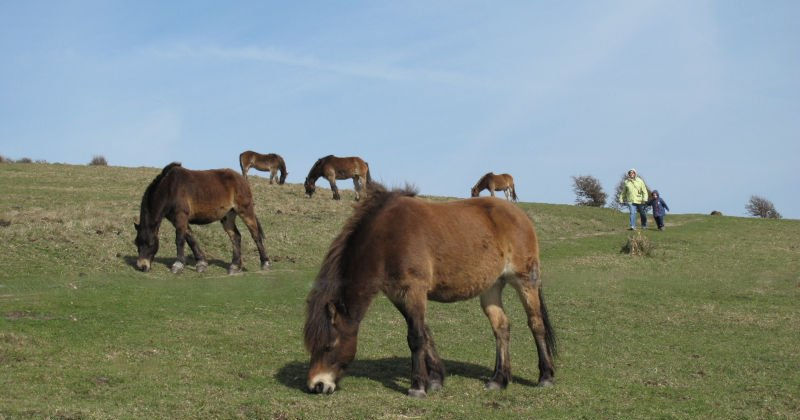 Who doesn’t love ponies? These slightly chubby-looking creatures with short legs put a smile on everyone’s face. This is the cutest reason to visit the White Cliffs of Dover. Two herds of hardy Exmoor ponies were introduced here almost 20 years ago. But they’re here not just for our pleasure and photobombing opportunities. Their mission is to keep the coarse grasses, bushes, and trees at bay so that the chalk grassland of the cliffs can thrive.

4. The Literary References to the White Cliffs of Dover 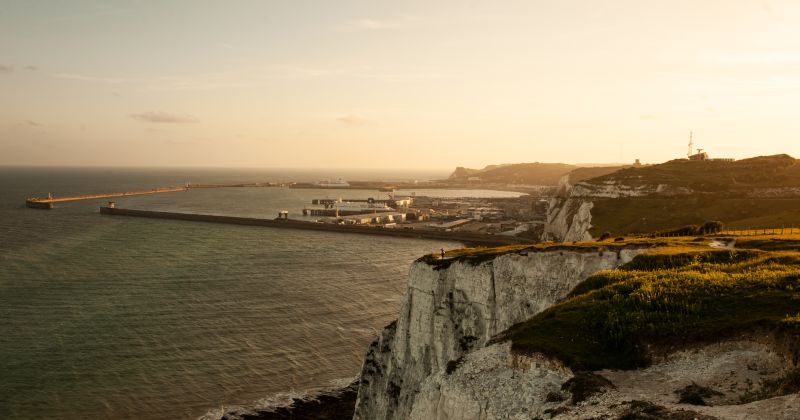 Visiting a location which has been mentioned in a literary work or a movie gives you a special way to experience a place. And it’s the same with the White Cliffs of Dover. This coastline has inspired pop-fiction, symbolic and patriotic songs, and one of Shakespeare’s tragedies.

Think of James Bond’s narrow escape from being buried under exploding parts of the White Cliffs in Moonraker. Treat the sheer drop of the cliffs as a symbolic boundary between the known and the unknown, as in Shakespeare’s King Lear. Hum or sing the popular WW2 song The White Cliffs of Dover and think of people living in that turbulent time. By doing so, you turn an ordinary walk along the White Cliffs of Dover into an exciting experience.

If this hasn’t convinced you to leave London to enjoy a stroll along the breathtaking views of the White Cliffs of Dover, then we don’t know what will. We provide a wide selection of English tours which you can join from a range of departure locations. From experiencing the Cotswolds from London, or a one day trip from Manchester; you can breathe in the culture of England's most breathtaking locations. If looking further afield, browse our tours of Scotland, tours of Ireland and European tours. Each one led by our wonderful driver-guides who are sure to supply you with a wealth of knowledge of your chosen location.

These 7 Gems Will Make You Yearn for York
Rabbie

What Is a Speyside Whisky?
Jacob

Everything You Need to Know About Puffins
Rabbie