So, you want to be a Viking? A guide to the best Viking spots in England

Marvel movies, hit television shows, and video games: Vikings pop up everywhere in today’s culture. The first resurgence of interest for these thousand-year-old Scandinavians stems back to 1820, when the Swedish author Esaias Tegner’s Fridtjofs Saga took Europe by storm. This spread a fascination with Old Norse sagas full of love, lust, death and adventure. Here’s what you need to know about Viking culture and where to go to experience their English history.

Who were the Vikings anyway? 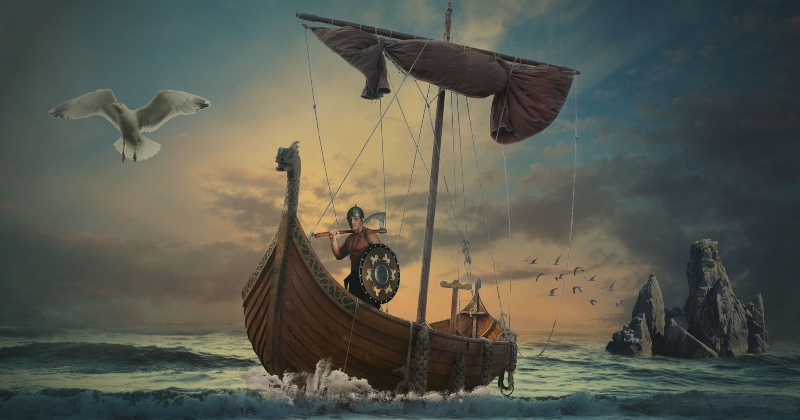 The Vikings were Norwegians, Danes, and Swedes from the late eighth century up until the early eleventh century. They invaded many parts of the world; carried out raids across eastern and western Europe; and reached the North American continent, the Mediterranean, and even parts of the Middle East. They pillaged and rampaged their way across a large chunk of the globe and settled in some of these places too. There’s evidence of the Vikings setting up shop in the Faroe Islands, Iceland, Scotland, Greenland, and of course, good old England.

What does 'Viking' even mean? 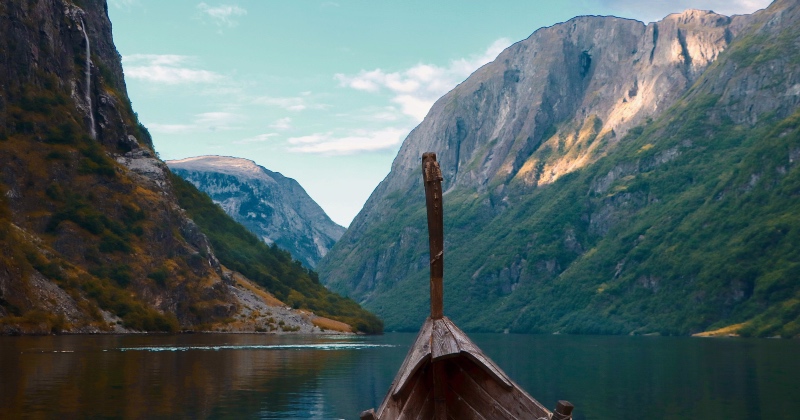 People can’t agree on where the term ‘viking’ came from. For some, the word in Latin for ‘town’, ‘camp’ or ‘dwelling place’, vicus comes up as a solution. Another option is vikja, which means ‘to travel from place to place’ in Old Norse. The most obvious explanation is that the Vikings originally came from a specific bay area surrounding the fjord of Oslo which stretches to Bohuslän’s coast in today’s Sweden, called Vik.

What were the Vikings looking to gain? 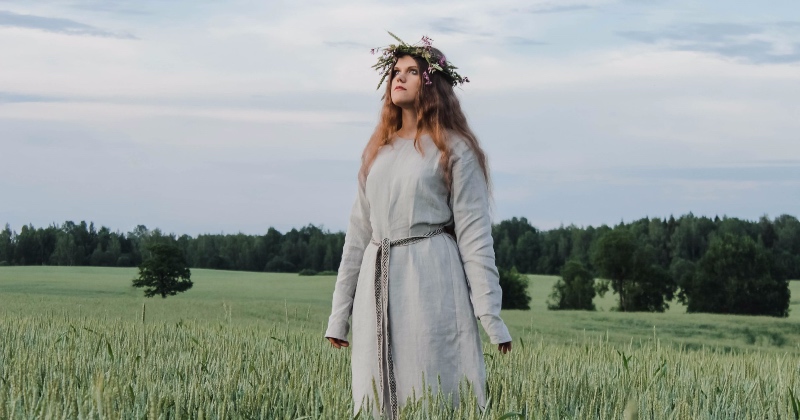 But why did the Vikings rampage through so many societies and cultures? The answer isn’t obvious. To some French and German historians, the Vikings’ take-over was due to poverty in the Scandinavian nations of Denmark, Norway, and Sweden. For others, it was a question of overpopulation and a demand for more land. Another convincing argument is from a religious angle. Christianity was spreading like wildfire in central and western Europe in the early Middle Ages. The Vikings were Pagans and forced conversion to Christianity was a religious and political threat.

What was the extent of the Viking settlement in England? 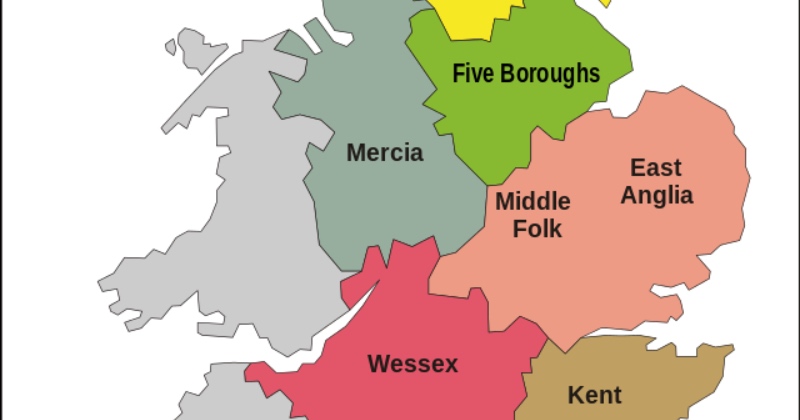 We know little about the Vikings and their time here. In many regards, England wasn’t the same England we know and love today. It was made up of seven different kingdoms: Mercia, Wessex, Northumbria, East Anglia, Essex, Kent, and Sussex. The Viking reign was most significant during the ninth century.  Armies from Danelaw (Denmark as we know it today) controlled the northern, central, and eastern parts of England in the Anglo-Saxon period; with Mercia, Northumbria, and East Anglia most affected. Although the extent of the Danish settlement is uncertain, the political impact and the lasting influence is still found in dialects and in English.

England was an easy target: a non-united nation full of riches – in fact, the richest country in Western Europe. It was also Christian, and therefore the perfect destination for the Vikings to establish their dominance.

How did it all begin?

The attacks in the British Isles started at the monastery at Lindisfarne in 793. Up until this point, the relationship between England and their Scandinavian neighbours across the water had seemed friendly. The monks were defenceless to the unexpected ambush. From the first sighting of the longboats, there was only an hour for them to prepare for what was to come. And no one could’ve anticipated the violent raid that followed.

When did England regain control? 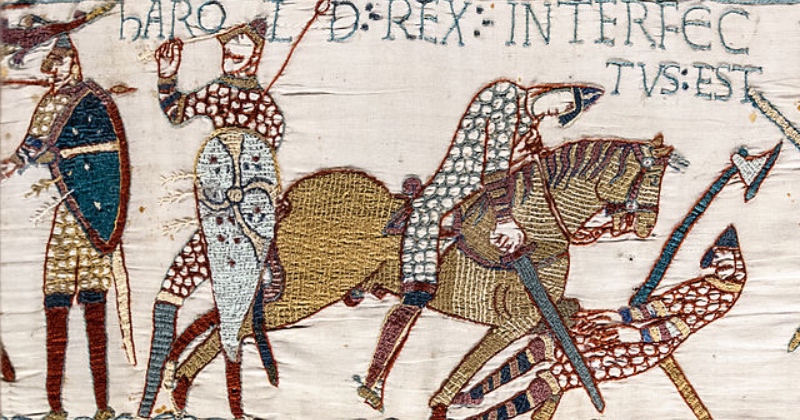 “But England isn’t Scandinavian today” I hear you say. Well, Alfred the Great of Wessex worked hard to hold off the attackers and keep parts of England Anglo-Saxon, and by 927, he’d taken back control over much of the territory that had been lost by the other Anglo-Saxon kings. In 1066, the win at the battle of Hastings by William of Normandy wiped clean the lingering Viking powers.

Where are some of the best Viking spots in England?

Do you want to experience Viking history in real-time? Here are some of the best spots in England. So, grab your Viking helmets, and your spears, and maybe leave your longboats at home, because you too can jet off just like a Viking to these areas. 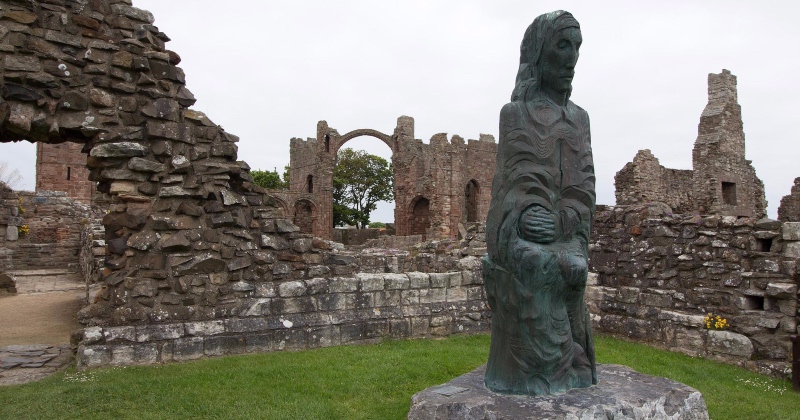 This tiny island is known by its few inhabitants as ‘Holy Island’. Here you can experience where the Viking saga in the British Isles all began. Head to Lindisfarne Priory and take in the place of the first attack. You could even re-enact the original raid with your friends. But don’t take it too literally. I’m not sure pillaging would go down well with the locals. 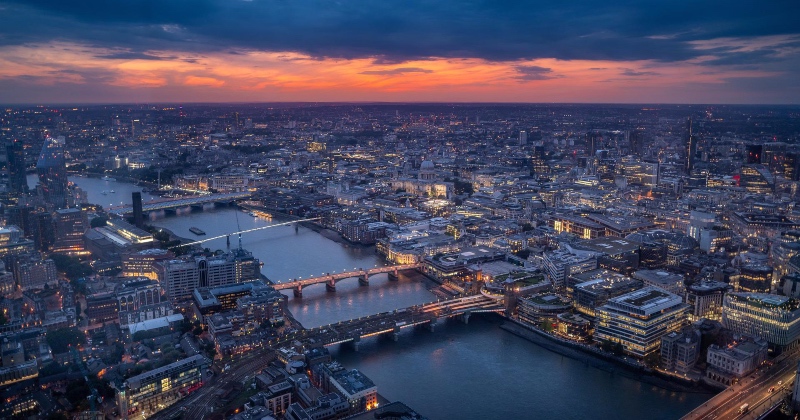 The Vikings first extended their stay in England at Thanet (Kent). In 851, a whopping 350 ships voyaged down London’s Thames, before the Vikings disembarked and made it their home for the winter. The river was used again by the ‘Great Heathen Army’ in 865 as a means to expand their settlement. Who knows what Viking treasures are hiding on the riverbed? Diving in the Thames isn’t the best idea, but you can take a stroll and try to imagine what artefacts lay underneath the water. To find out more about the Vikings’ lasting impressions on the river and city, the Museum of London is the place to go. 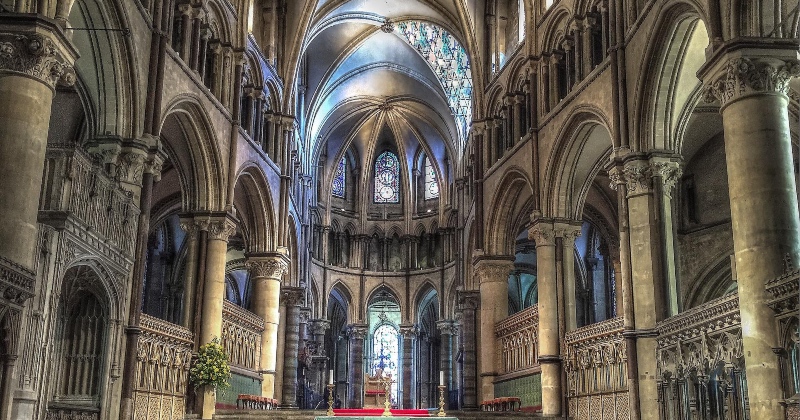 Canterbury is a stone’s throw away from London and was also a Viking target. In 1012, they kidnapped the Archbishop of Canterbury and asked for a hefty ransom. The price for his freedom didn’t seem fair to the Anglo-Saxon Monarchy, and this led to the murder of the archbishop. Fleetingly, the Viking king Sven Forkbeard took control before his untimely death. His successor, Cnut kept his predecessor’s power, and ended up the ruler of the North Sea empire, which included all of England.

The city’s Viking significance is nothing to be scoffed at. Its religious roots made it a perfect location to gain control over England. The Medieval Cathedral, a UNESCO World Heritage Site, and where the archbishop was captured, is worth a visit. The building has stood the test of time, including the violence inflicted by the ancient Scandinavians. 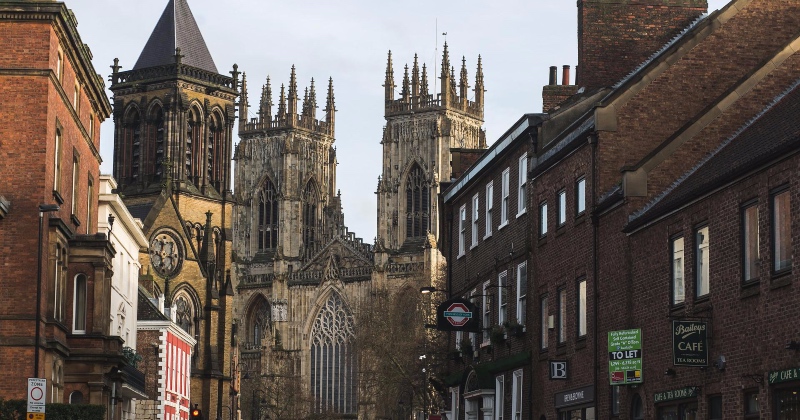 The Viking agenda in the city of York was more political than anything else. In 866, The city became the Scandinavian capital when it was seized and renamed Jorvik, possibly meaning ‘wild boar creek’ in Old Norse.

Reappointing kings is the gist of the Viking political jurisdiction in York. It was also the most vital centre under the Danelaw and became home for many Scandinavians. There are still remnants of Viking influence scattered throughout the modern-day city. You too can explore streets with names deriving from Old Norse, such as Micklegate and Walmgate. The Viking architecture hasn’t survived but there is a treasure-trove of relics underneath the city. Some of which were dug up and are on display at the Jorvik Viking Centre. The centre is the destination for all things Viking and is too good to miss out on.

Additionally, York still celebrates its Scandinavian past with a yearly 9-day festival, appropriately named Jorvik. Visiting the city is the closest you can get to the essence of vikingness in England. And you can voyage to the Old Norse capital on quite a few Rabbie’s tours. 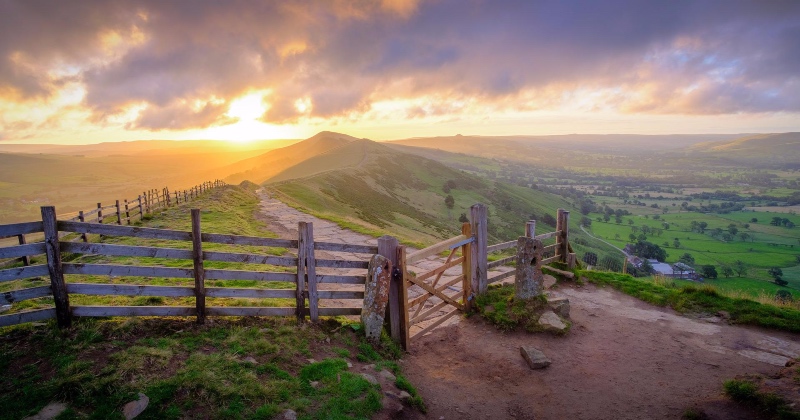 For Derbyshire, the Viking colonisation proof is in the pudding. Many cities and villages contain the Old Norse suffix ‘-by’ to mean village as part of their name. Places like Ingleby home to Viking cemeteries and even the city of Derby, or ‘deer village’ derives from the ancient language. Repton, a small village in the south of the county has a grave Scandinavian past. In the seventh century, it was a noteworthy location for the Anglo-Saxon monarchy and the church. Excellently positioned on the River Trent and with royals laid to rest there, Repton was just waiting for the Vikings to attack. 873 marks their arrival and they set up camp for the winter. From there, they began their political control by banishing king Burgred of Mercia to Rome and replacing him with king Ceolwulf as a figurehead.

Today, you can visit Repton Abbey and discover the Viking mausoleum, a mass grave of at least 249 human corpses. It was discovered by accident by a labourer. Can you believe it? He stumbled across it while tidying up some terrain. Since, many artefacts from over a thousand years ago were acquisitioned from the burial site such as a sword, an axe, paraphernalia made of gold and silver, and some coins.

The whole region is packed with Viking history. Coincidently, Rabbie’s can take you to Derbyshire directly from Manchester in just one day. 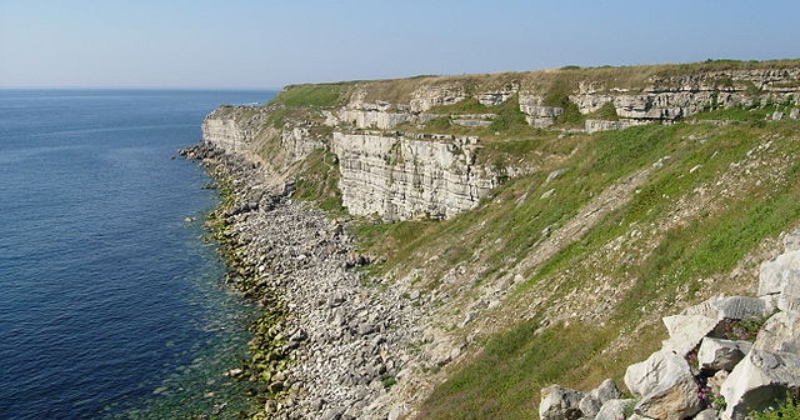 This county on the coast of southwest England acted as an open dor and set off point for the Viking rule over the mainland. Between 787 and 789 they began their attacks on the Isle of Portland, which is connected to the rest of England by a slim southern beach, called Chesil. Portland has a variety of things to do and see, rugged landscapes and lots of coastline. It’s a fantastic spot for a Viking adventure.

But it wasn’t all Scandinavian victories in this part of the world. A burial site discovered in 2009 at Ridgeway hill confirms at least one Anglo-Saxon win. Its position wasn’t chosen by accident and acted as a warning sign for those who thought they could hassle the English. Strategically placed between the ancient Ridgeway and a Roman road it was impossible to miss by any passers-by. A total of 54 Viking skeletons and 51 skulls were uncovered at the hill. According to historians, the three missing skulls were placed on spears and displayed as a cautionary tale. Evidence shows that they were executed by beheading, even those who had filed their teeth down just like the infamous King Harald Bluetooth. Today, you could take a nice, rampaging charge up Ridgeway Hill and visit the original site. Who knows maybe you’ll find the three missing skulls?

There you have it. 300 hundred years of Viking and Anglo-Saxon struggle have made their mark. England is full of excellent spots to relive and discover the ancient past. And it’s likely that plenty of locals have Scandinavian blood running through their veins. So, the English are essentially still part Viking. And you could be too.

Where Are the Best Outlander Locations in Edinburgh?
Kasia