Imagine you’re at a bar in Scotland.

You’re sitting beside the most Scottish man you’ve ever seen. He has wild ginger hair, a kilt, and an accent that even Groundskeeper Willie couldn’t comprehend.

And as the minutes turn to hours, you chat to him and become best friends. You’ve talked about your family, your work, and he’s even said you can stay at his house in Ullapool next year.

But then he says, “Do you want a dram of whisky?”

He rushes you to the bar and tells you to order. You look behind the barman and without thinking ask for “a double 20-year-old Glenfiddich with lemonade.”

And then the silence. Everyone looks at you as if you had just murdered Johnny Walker himself.

This is a dire situation to be in. But don’t worry, it’s easy to avoid.

Simply read our quick guide and learn to drink whisky like a Scotsman.

In a bar, you don’t often choose the glass you’re given. And the drinking container makes only minor differences to the taste of the whisky itself.

But if you’re going to be a true connoisseur, you should know that the best glass for Scottish whisky is wider at the bottom and thinner at the top. This is called a whisky sniffer, which is the tulip shaped glass you can see in the picture above. This form stops complex aromas from escaping and ensures you experience all the characteristics of that lovely whisky. 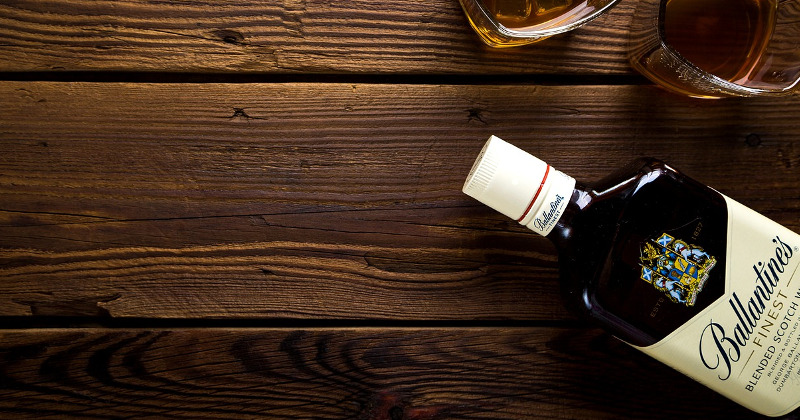 When thinking about which whisky to drink, there are two main types you’re likely to come across, blended and single malt.

Blended whiskies make up 90% of the whisky in Scotland and include famous brands such as Johnny Walker, Chivas Regal, and The Famous Grouse. They’re made from a mixture of whiskies from different distillers.

Whereas single malts are made by brands such as Glenmorangie, Laphroaig, and Aberfeldy. These whiskies are from one distiller and are often perceived as a more refined and luxurious drink. Though you don’t need to believe this: a lot of people argue it’s sheer snobbery and has nothing to do with the taste.

Which one you choose is up to you and your budget. And if you still can’t decide, just go by your instincts. 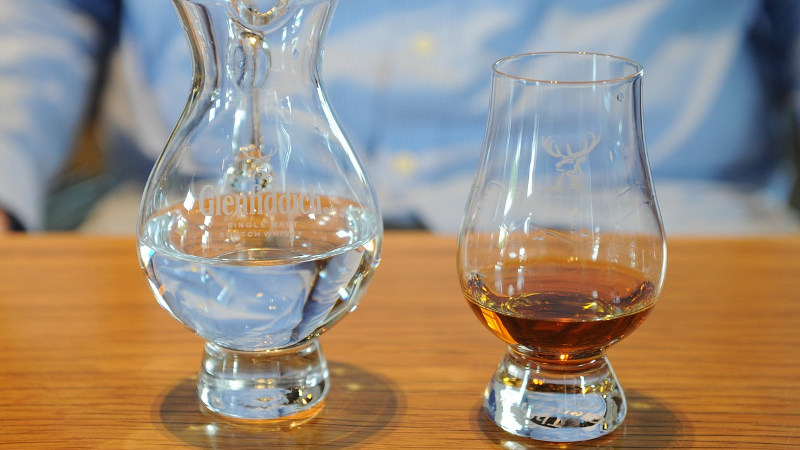 A lot of macho whisky drinkers claim you should never add water because it dilutes the flavour.

But this is nonsense. Certain whiskies improve after adding a drop of water, especially the ones that have head-bogglingly strong alcohol content (cask strength whiskies go over 60%!). Water can even enhance certain flavours and ensure your taste buds aren’t overpowered by the burning alcohol sensations.

Keep in mind you need to be careful though. A shaky hand holding a jug could add an extra splash that trashes the whisky. So, we recommend you use a water dropper. 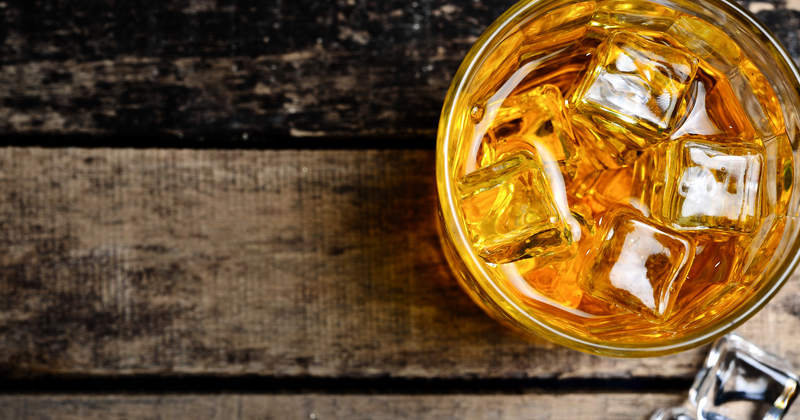 If you’re drinking in Scotland with true Highlanders, just don’t add ice. Ever. They’ll judge you for ‘drinking it on the rocks’ and think you’re not worthy of their ancient beverage.

On one hand, they’re right to think this. Ice closes the flavour and makes the drink dull and flat. The entire reason you’re supposed to love whisky is because of its fiery complexities.

But on the other hand, if you’re just starting to drink whisky, we may forgive you for adding one large block of ice that melts slowly. This will make it easier to drink on your first time, but please, just don’t keep doing this with expensive whiskies because you won’t be appreciating them to their fullest. 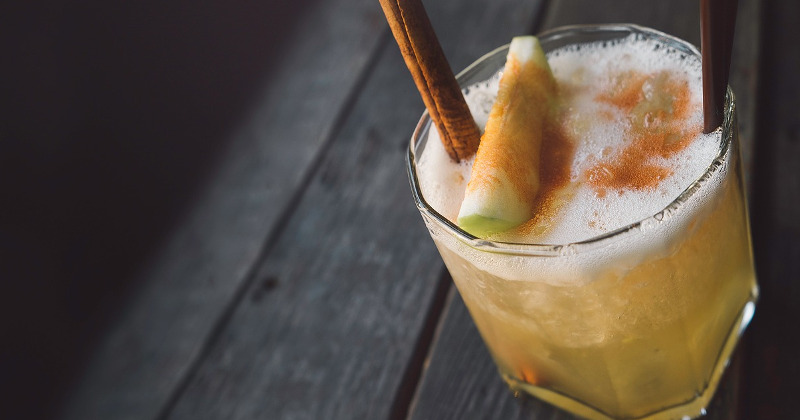 Would you spend a fortune on a handbag and then dye it in completely different colours? Or buy an expensive meal and then smother tomato ketchup on it? Probably not.

So why would you add cheap soft drinks and fruit juice to something that’s been maturing for over 15 years? The sugary tastes overpower the subtle whisky flavours, so there’s no point in having the whisky at all.

But if you must do it, just make sure it’s a cheap whisky, since you won’t be tasting it that much anyway.

The best thing about whisky is the flavour.

But if you’re a true Scotsman, you’ll also enjoy the creative conversations that flow with the alcohol. What’s even better is if you know a few facts, stories or the history of whisky. You can talk about the smugglers, where the barrels are from, and the amazing distilling achievements.

So, if you want to go further than the flavour, you can go on a whisky tour through Scotland.