Have you ever wondered what it’s like to go on a Rabbie’s Tour? I thought I’d go along and find out!

The cities of Scotland are a sight to behold, they’re bursting at the seams with historic stone buildings, cobbled lanes and culture. Edinburgh, Glasgow and even Inverness have countless attractions for any visitor to contemplate. But when we think of Scotland, sweeping green vistas under grey and blue skies, ruins and windswept shorelines spring to mind. A visit to Scotland wouldn’t be complete without venturing into the Highlands to see lochs surrounded by hills capped with snow in winter and carpeted in purple heather in summer.

A one-day tour will give you a taste of what the highlands have to offer, but the two-day Loch Ness & Highlands Tour with Rabbie’s Tours has that additional time you need to savour it.

I arrived at Rabbie’s Waterloo Place office and was swiftly greeted outside by a member of the team who checked me in, confirmed my guide’s name and referred me down the road to where the 16 seater mini buses leave from. After a quick coffee at the onsite cafe and a bathroom break, I boarded the bus where our guide, Heather, explained the plan for the next two days.

I’ve always heard one of the best things about Rabbie’s Tours, aside from the wonderful scenery of course, is the guides. Heather set us all at ease straight away by checking off names and asking where everyone was from in a way that might instigate conversation later, but didn’t make anyone uncomfortable by having to introduce ourselves like a first day of school.

She detailed the rough plan for the tour. Day one would see us heading north to Inverness through the Cairngorm National Park, and on day two returning via a route that would take in Loch Ness in its entirety and one of my favourite places in Scotland, Glen Coe. Suggestions of places anyone had a burning desire to see were welcomed, which was a pleasant departure from the usual rigid schedule of a tour. After the introduction, a mini tour of Edinburgh ensued as we made our way through the new town to the bridges to the north, and then we were on the open road and on the way to adventure. 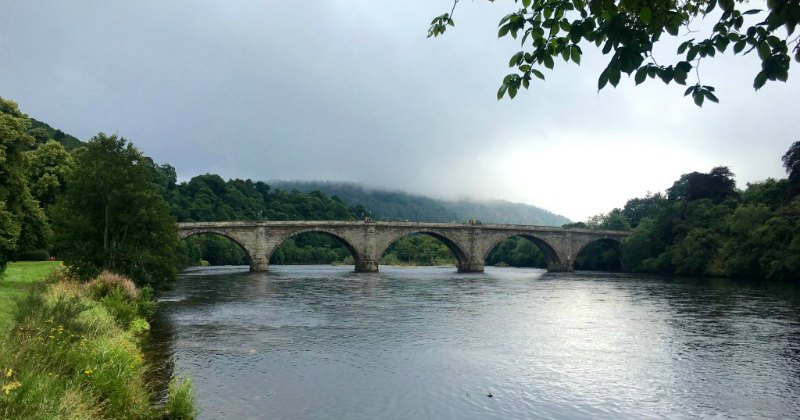 We headed across the flatter and more fertile farm lands of the lowlands towards the harsher highland scenery and Heather began to set the scene for the tour with some tales from Scottish History. Throughout our two-day tour we alternated between listening to music of Scottish origin (no, not just bagpipes!) and listening to the stories of the people and places surrounding us. Heather seemed to know the exact right moment to begin a story, so that by the time we reached the landscape where the action had taken place we were at that part of the story.

Day one of the Loch Ness & Highlands Tour had us taking in the quaint riverside town of Dunkeld, wandering through a wooded glen to a spectacular waterfall and exploring the ruins of Ruthann Barracks, where English soldiers camped out during the Jacobite uprisings (the Outlander fan in me was jumping for joy at this!). We stopped for lunch with plenty of options in Pitlochry, on the brink of the Cairngorm National Park, before we continued on towards Inverness. We opted to stop at the Cairngorm Reindeer Centre and take the chance to see Reindeer up close and feed them by hand! 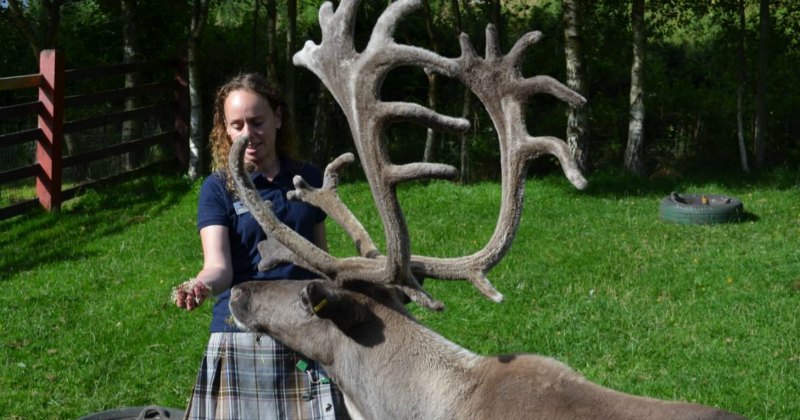 Breaks were aplenty on the two-day tour, with time for stretching our legs, grabbing snacks and bathroom breaks, as well as longer at lunchtime to explore. There will always be particular places where the tour will stop, based on whichever one you choose, but the in-between places can change depending on traffic, weather and what hidden gems the guides know about.

The Capital of the Highlands, Inverness was a perfect place to spend the night. Heather dropped us all at our various accommodation options, with recommendations for dinner. I spent the last of the daylight roaming near the river and eating dinner in one of the many eateries available. 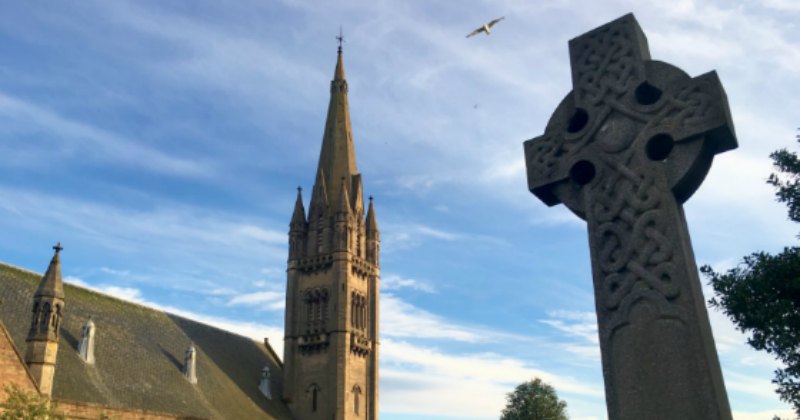 The next morning after a hearty breakfast and a prompt pickup, we were on our way to Loch Ness, one of the main reasons why people want to take a tour to the Highlands. It appears Loch Ness has been enshrined in folklore around the world, and although many of us probably don’t truly believe a monster lurks in the depths of the lake, we can’t help but want to see for ourselves. Maybe, just maybe, we might see something...

We saw a glimpse of silver through the trees as we rambled along the road just outside of Inverness, and as the mini bus curled around a corner, a vast expanse of glistening grey stretched out before us. Loch Ness isn’t the biggest lake, but it does hold the largest volume of water in all of the British Isles. Once again the flexibility of the tour allowed us to choose whether we wanted to spend our time out on Loch Ness, overlooking it from the shore at the ruins of Urquhart Castle or, secret option number three, both. Unfortunately, no sight of Nessie herself was seen, but we did enjoy a fantastic cruise and castle experience. 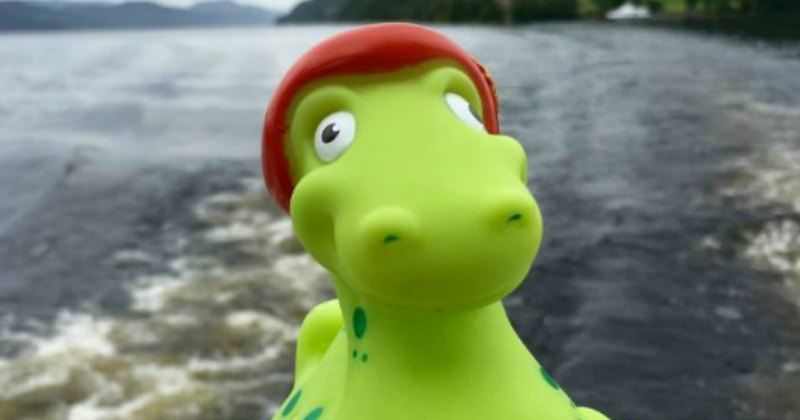 The second day of our Loch Ness & Highlands tour continued with a drive down the entire length of the loch and lunch at Fort Augustus. The tour was far from over as we had one of the best places in Scotland yet to come. Glen Coe is a valley surrounded by ominous mountains of volcanic origin. Depending on the season, the glen can be lush green, snow-capped or a barren brown colour. The weather was misty and threatening rain, but it added to the atmosphere of the valley, and Heather’s choice of foreboding music completed the scene.

We trundled back into Edinburgh, and as we said our goodbyes it felt like we had travelled much further than two days into the Scottish Highlands. I’m not normally one to take a tour. Years of backpacking and solo travel mean that I’m confident in my ability to get around a country and see what I’d like to. The beauty of a tour in Scotland with Rabbie’s however, is feeling like you’re being shown around by a local. Hiring a car and using guide books would have meant missing out on the hidden gems of the highlands that we saw, the expert advice at every stop and fantastic stories we heard. The small size of the tours mean people are easy to keep track of and there’s no long waits for everyone to see things, and the mini buses can manoeuvre much more easily along the narrow and winding roads of Scotland.

No visit to Scotland is really complete without a trip to the highlands, and two days on the Rabbie’s Loch Ness & Highlands Tour was enough to convince me I need to see more. Rabbie’s offers one day tours to various places around Scotland, including a similar tour to this one, but if you have the extra time, I’d highly recommend the two-day tour so there’s more flexibility to see different things and have more time at each place. You can take a look at the full range of tours here. 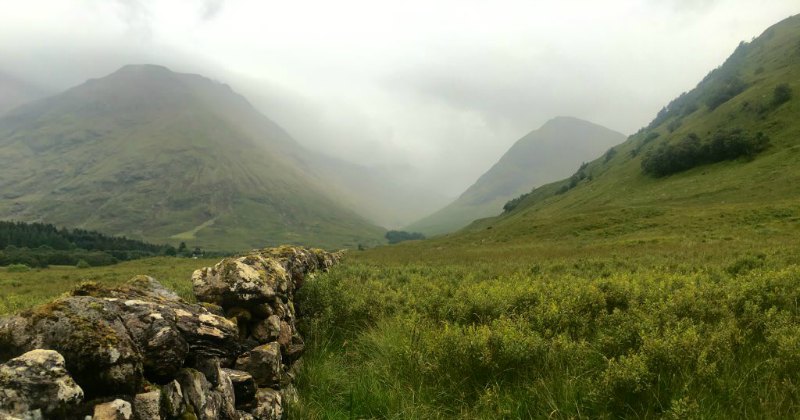 Sonja is a travel blogger sharing her travel and expat adventures at Migrating Miss. Originally from New Zealand, but a serial expat since 2004, she loves to talk all things travel, especially if it involves helping other’s to achieve their travel dreams and better if it involves going for coffee and cake. Follow along on Facebook @migratingmiss.