The Ghouls and Ghosts of Dartmoor

Dartmoor is the greatest expanse of wilderness in Southern England and one of 15 National Parks in the UK.

You’ll find 368 square miles of bogs, granite outcrops, and heather-grown moorland. There are isolated farmsteads, clapper bridges, and ponies that descend from the pit-ponies which were used when the moor was a centre for tin-mining.

But most fascinating is that this landscape is littered with legends and ghouls. 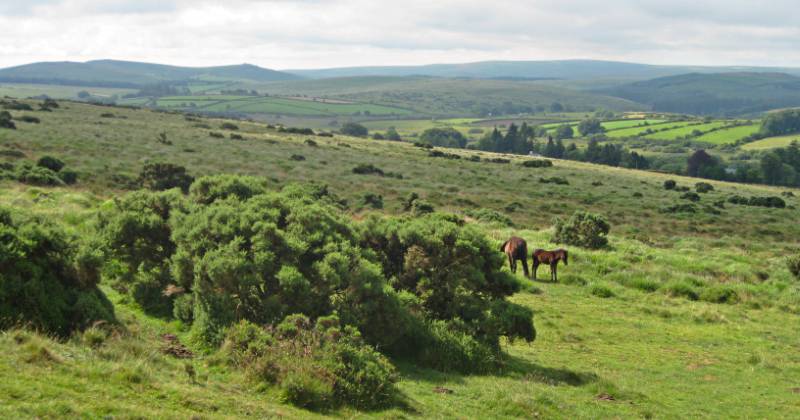 The Legends of Dartmoor

Dartmoor is said to be haunted by pixies, a headless horseman, a few monks who got lost in the Middle Ages, and several large black dogs. Sounds scary, right?

The Devil visited a village in the middle of the moor during a storm in the seventeenth century.

In the twentieth century, people said a pair of ghostly disembodied hands grabbed the steering-wheels of cars and forced vehicles off the road. One suspects a few of those accidents occurred at night, probably not long after the pubs had closed.

The tors (rocky outcrops) are also surrounded by myths. Hound Tor, is said to be a pack of hunting-hounds turned to stone because they knocked over a witches’ cauldron on a hunt.

So keep your eyes peeled when you travel through here. 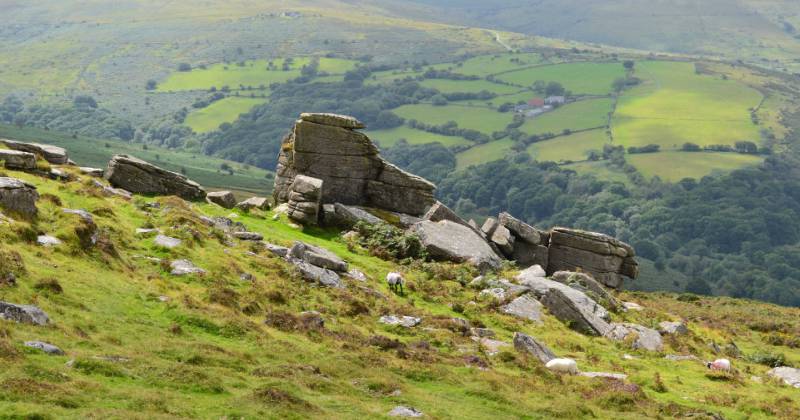 Tales of ghostly dogs aren’t unique to Dartmoor. Such stories exist across England.

Yet in Dartmoor, there’s the ‘yeth’ or ‘yell hound’ – a spectral dog that’s the spirit of an unbaptised child. It roams the moor at night, making wailing noises. This is said to have been one of the inspirations for Sir Arthur Conan Doyle’s The Hound of the Baskervilles which is set mainly on Dartmoor.

Conan Doyle stayed at a hotel in Princetown while he was working on The Hound of the Baskervilles, which was published in 1902. This marked Sherlock Holmes’s first re-appearance after being killed off at the Reichenbach Falls in ‘The Adventure of the Final Problem’. The success of The Hound of the Baskervilles prompted Conan Doyle to revive Holmes on a permanent basis.

As well as the yeth hound, Conan Doyle drew inspiration from the story of Richard Cabell, a seventeenth-century squire who lived in Buckfastleigh on the south-eastern edge of Dartmoor. He loved hunting with dogs and is said to have murdered his wife and sold his soul to the Devil.

So, when he was laid to rest in the churchyard at Buckfastleigh, a pack of phantom hounds is supposed to have raced across the moor to howl at the graveside, and Cabell’s ghost has been seen hunting on the moor with the ghostly hounds on the anniversary of his death.

People believed this tale. And to finally lay his soul to rest and contain the ghost, a heavy stone was placed over his grave and a mausoleum was built over it. In The Hound of the Baskervilles, Cabell was immortalised as the dastardly Hugo Baskerville – the ancestor of the Baskervilles and the source of the family curse. 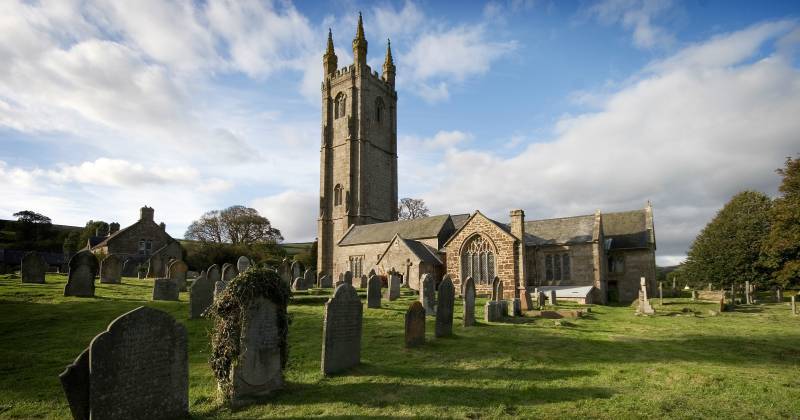 The Devil and Dartmoor

Over at Widecombe-in-the-Moor, there’s a fine fourteenth-century granite church dedicated to St Pancras; it’s large for the village it serves, which has led to it being known as the ‘cathedral of the moor’.

And on 21st October 1638, lightning struck it during a service.

The north-eastern pinnacle of the tower fell through the roof, killing four and injuring many others.

An eyewitness report of this exists in the form of a poem written by the local schoolmaster and a pamphlet published in London a couple of weeks later. They state the vicar tried to continue with the service, only to find the surviving members of his flock “durst not proceed in their publick devotions, but went forth of the Church”.

According to local legend, the storm was the work of the Devil, who had come to take one of the parishioners. The man in question had been described as an adulterer or a gambler. Although other sources say he was merely guilty of having “fallen asleep during the afternoon service”.

The devil appeared to not look favourable on the locals of Dartmoor.