She’s one of the most famous Scots in history. A woman of strong character and divine rights to rule who was tragically caught up in a spiderweb of politics, deceit, religion, and love.

Mary Queen of Scots has been an enduring icon for centuries. And a controversial one.

The Queen is Born 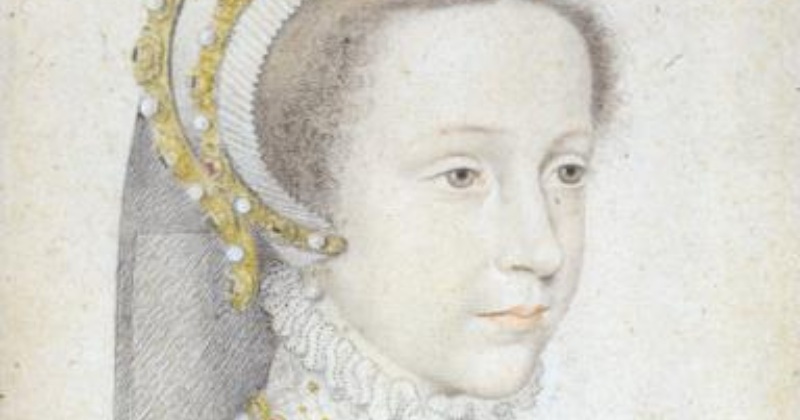 On 8th December 1542, Mary Stuart was born at Linlithgow Palace. The daughter of King James the 5thand his French wife, Mary of Guise.

But tragedy struck and James died. Which meant Mary became queen only six days after being born. But this didn’t mean she got to order people to change her diapers and start wars over chocolate bars.

Instead, her mother and the members of parliament acted as regents until Mary came of age.

And this young queen presented an opportunity for the English. The king of England, Henry the 8th, believed that his son Edward should marry Mary when they were old enough. Both countries agreed to the match and were betrothed to wed. This could unite Scotland and England.

But as always, this English and Scottish relationship didn’t go to plan.

Mary’s Catholic guardians strongly opposed this marriage to a Protestant family and took her to Stirling castle. This broke the agreement between the two countries.

And this was no normal family argument with a lot of shouting and fist shaking.

These raids were aptly named the ‘rough wooing’. Yet none were successful.

Life at the French Court and the First Marriage 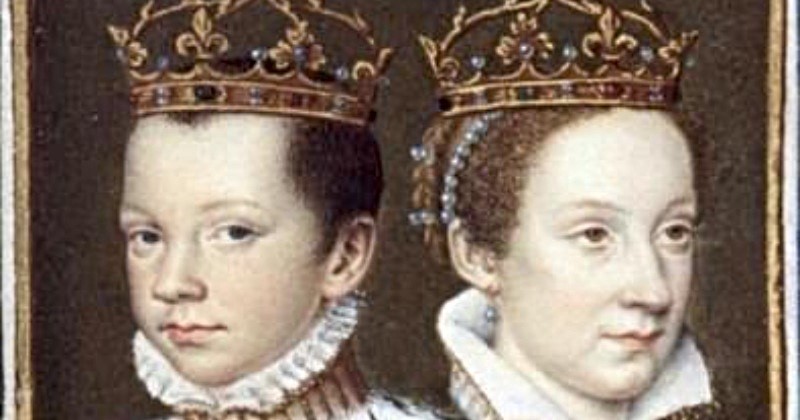 To protect Mary and form an alliance with France, Scotland sent Mary to France and betrothed her to Francis, the four-year-old heir to the French crown.

As she grew, she became a beautiful woman. Slim, tall, pale skin, and with long red hair. And when she turned 16 and Francis 15, they became husband and wife.

In July 1559, Henry the 2nd died which meant Francis would ascend to the throne as king with Mary as his queen. They spent 18 months together ruling France.

But back in these days, life and happiness didn’t last long.

Francis died from an ear infection and Mary became a widow at 18 years old.

She no longer had a right to rule in France, so Francis’s mother, Catherine was to rule as regent until her son Charles was old enough. But by now the bright and intelligent Mary was hungry for power. 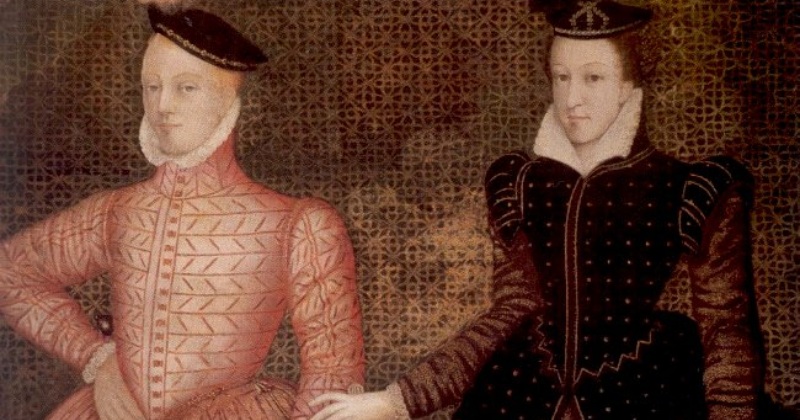 Mary didn’t want to sit and watch someone else have the power. So, she chose to return to Scotland and take her rightful place on the throne.

In 1565, Mary married her first cousin Lord Darnley to continue the Stuart line in Scotland. This may sound gross to marry your family now, but back then it was how you kept the power.

But their marriage quickly broke down. He was a drunk, unfaithful gambler. And Mary had begun to be attracted to her secretary, an Italian man, David Rizzio.

As Mary and David’s friendship grew, her husband became increasingly jealous. And on 9th March 1566, Darnley along with several others murdered Rizzio by stabbing him in the back 56 times.

She was six months pregnant at the time.

Unsurprisingly, the relationship was a little too turbulent to share a house, so Mary went to Edinburgh Castle and Darnley went to a house outside Edinburgh called Kirk O Field.

Murder and the Third Marriage 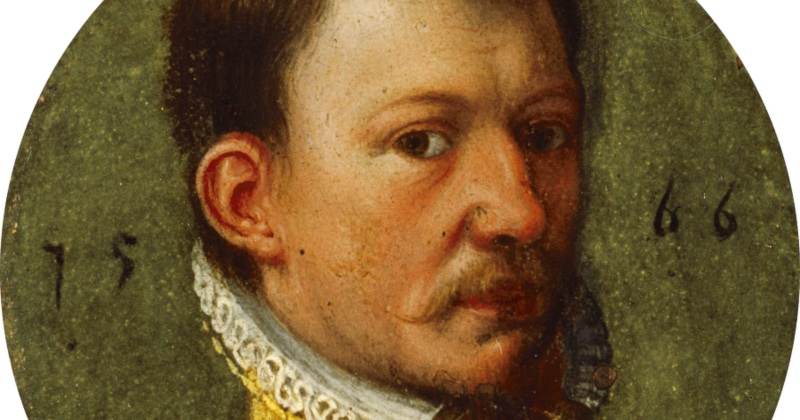 After giving birth, Mary found another man. Her beauty and charm was famous and the Earl of Bothwell, James Hepburn, became fixated upon her. Yet this romance was problematic. Nothing could come of them due to her marriage to Darnley; it was illegal to divorce in the Catholic faith.


And this is where the story gets even more interesting.

On the 10th of February at Kirk O Field, where Darnley was staying, an explosion ripped through the house.

Darnley was found in the garden dead. But the explosion hadn’t killed him, his neck was bruised - he had been strangled to death.

After this, Bothwell and Mary became increasingly close and people noticed this. Rumours circulated that Mary was pregnant with Bothwell’s child and people accused Bothwell of the murder of Darnley. But nothing could be proved.

People’s suspicions were heightened, because several months after the death of Darnley, Mary married Bothwell. 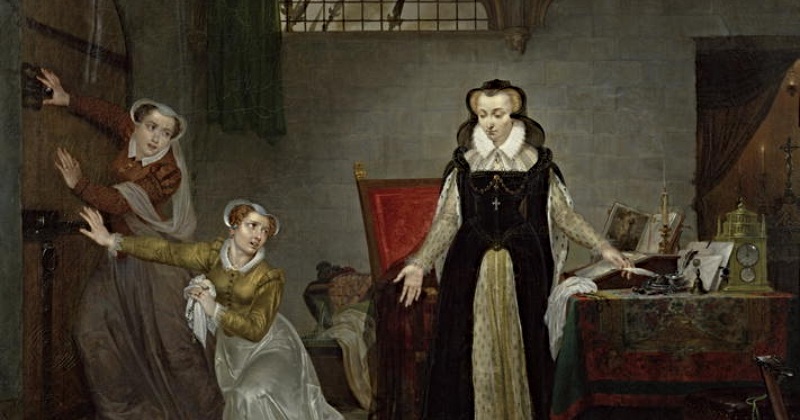 The news of Mary’s marriage sent shockwaves through the courts and parliament. Protestants were outraged that the queen could marry someone who had been convicted of murder, and the Catholics did not recognise Bothwell’s previous divorce. It was a shameful royal marriage.

So, the nobles forced Mary to abdicate her throne and imprisoned her in Lochleven castle in 1567.

Imagine having been queen and then locked away in prison.

But in May 1568, she was freed by Catholic supporters and decided to raise an army to take back her throne and overthrow the Protestant government.

Her army was quickly defeated, so Mary fled to seek help from her cousin, Elizabeth the 1st of England.

The Beginning of the End 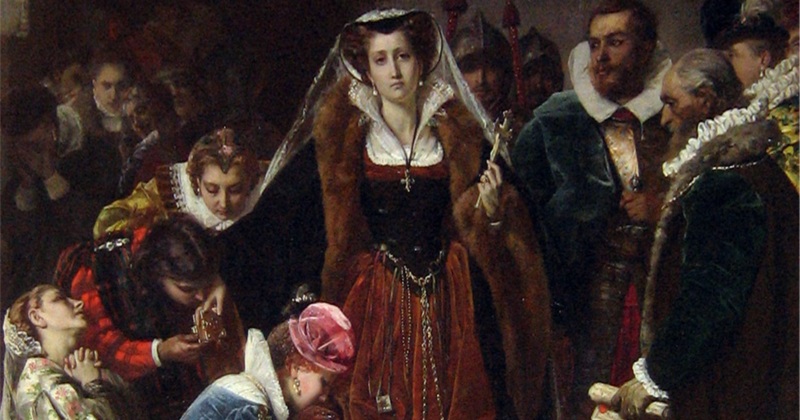 Mary hoped that Elizabeth would support her, but her arrival put Elizabeth in a difficult position. Mary had a strong claim to the English throne, and Elizabeth didn’t want to risk her own claim. So she ordered Mary to be imprisoned again.

Over the next 19 years in prison, Mary became the focus of numerous Catholic plots to assassinate Elizabeth. People claimed the English queen would never be safe if Mary was still alive.

Due to these rumours, Mary was put on trial and found guilty of treason. Condemned to death by beheading at Fotheringhay castle on the 8th of February 1587 at the age of 44.

Perhaps she’d have been safer just staying in France and forgetting about her royal lineage.

But then again, that wouldn’t have made such an interesting tale for us, would it now?