4 Irish Locations You Need to Visit on St Patrick's Day

St Patrick never tried Guinness. He was born almost a thousand years before someone even dreamt of it. There’s a chance he also wouldn’t condone drinking and partying until you’re stumbling like a drunken sailor on the day that celebrates his life.

But he did go to Ireland. He was taken there as a prisoner and spent his time converting Pagans into Christians. He also performed a few spectacular feats in areas all over the country, according to the legends. You can still see many of these places today.

So, we’ve put together a list of all the best landmarks to visit in Ireland that are associated with St Patrick. You can visit these locations to celebrate St Patrick’s Day in your own way; with or without a Guinness or three.

When visiting Tipperary, you may think it looks like a typical part of Ireland. There are green rolling hills, little villages, and lovely locals. Yet, when you’re driving through, you can’t help but notice something a little unusual.

Look out for a castle that appears to be cross-bred with a majestic cathedral. It sits atop a plateau jutting out from a flat plain, which can be seen from miles around. This is the Rock of Cashel. And according to the legends, the rock the building sits on is there because of St Patrick.

The story goes something like this: St Patrick set out to banish the devil from a nearby cave, rumoured to be a gateway into hell. St Patrick, being an incredible force of character and ultimately the hero of this tale, conquered the devil. But the devil was a bad loser. He was so angry about his exile that he bit a chunk out of a mountain close by and spat it out. Where this chunk of rock landed became the spot where the Irish built the Rock of Cashel.

You can visit this amazing location on this tour. 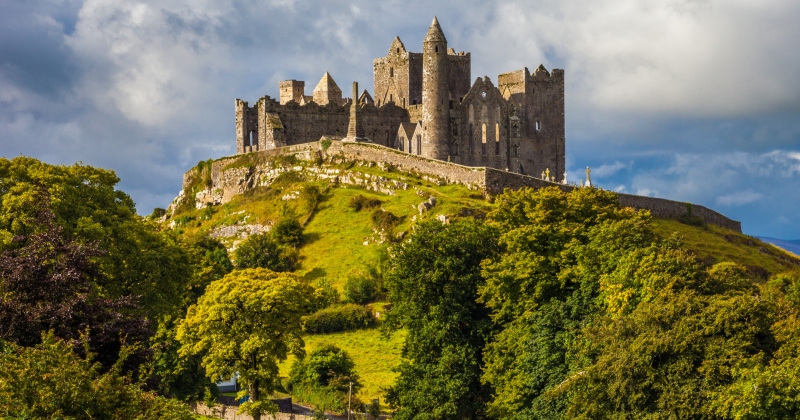 St Patrick was incredibly devoted to his God. And this devotion made him fearless. One of his most famous acts of bravery occurred on the Hill of Slane.

It's said that Lóegaire, the King of Ireland lit festival fires on the Hill of Tara. This was Ireland’s spiritual headquarters. When these festival fires were alight, all other fires in the area were outlawed to signify the importance of the ritual.

Unfortunately, this clashed with St Patrick’s devotional practices. And St Patrick wasn’t a man to allow the law to get in the way of his spiritual obligations. He was determined to light a holy Paschal fire nearby on the Hill of Slane while the Hill of Tara festival fires burned.

He knew it’d annoy the king but lit it anyway. As you can imagine, King Lóegaire, seeing the fire in the distance from the Hill of Tara, found out and summoned St Patrick for punishment. But something strange happened when St Patrick stood before him. The king found that he was not angry. He was impressed by St Patrick’s fearless devotion to his creed.

If St Patrick loves his God more than he fears me, the king thought to himself, then this must be an awesome God indeed. King Lóegaire was so moved by St Patrick’s piety that he too converted to Christianity.

This area isn’t just famous for its mythological merits, however. It also boasts a beautiful castle and a whisky distillery.

You can visit it on this day trip. 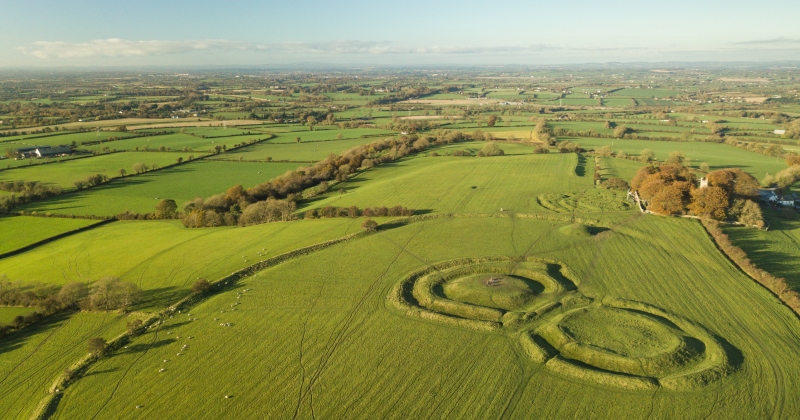 Who is this holy mountain named after? You guessed it – Ireland’s favourite saint!

Once a year, you can see thousands of pilgrims climbing to the top. There’s a church, a stern breeze, and a fine view once you reach the peak. But what’s it got to do with St Patrick?

In 441 AD St Patrick hiked to the summit and fasted for 40 days, making this spot incredibly sacred to the Christian community. However, even as far back at 3000 BC people worshipped ancient deities through human sacrifices and other grisly rituals on the mountain. There’s a definite sense of divinity about the place for all that visit.

Going to the top is a fair hike, but you can enjoy the area on this trip. 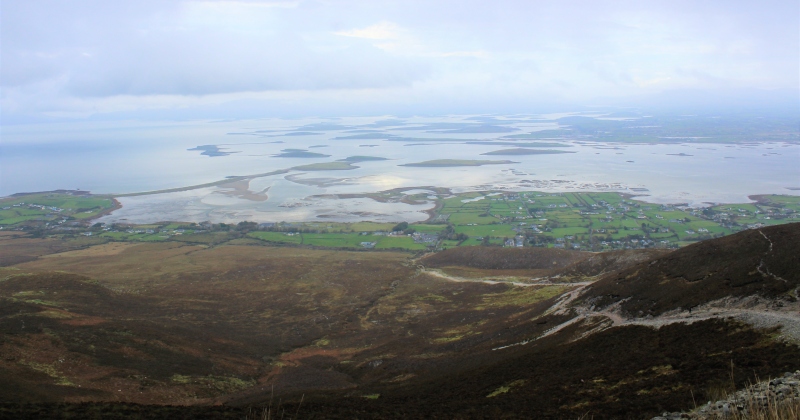 Cork is the second largest city in the Republic of Ireland. So, as you can imagine, the residents wished to honour Ireland’s patron saint. And they didn’t let the fact that St Patrick failed to carry out any remarkable deeds here hold them back, either.

If you like, you could choose to believe that St Patrick slayed a dragon or built a cathedral with his hands tied behind his back on this street. But the truth is the good people of Cork simply wanted to pay homage to this prominent figure in Irish history.

As a helpful side-note, Cork is a fine city and a little less crowded than Dublin if you wish to celebrate St Patrick’s Day with fervour, but without becoming lost in a heaving sea of people. There’s fast fiddle music, friendly conversation and a whole lot of Guinness; everything you need for a successful St Patrick’s Day celebration! 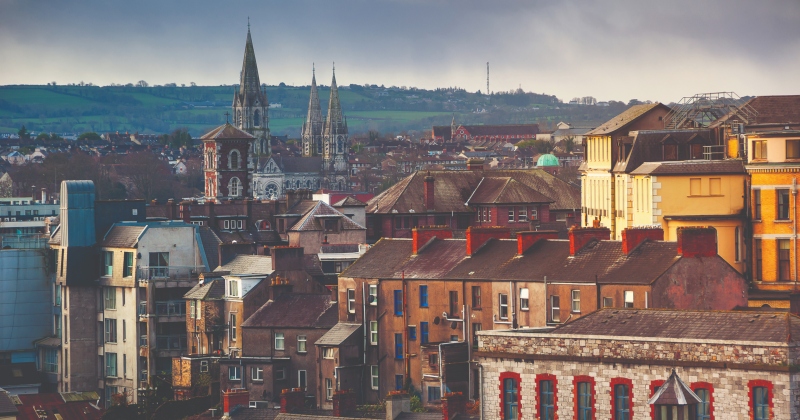 Want to see more of Ireland’s amazing landscape and hear about other prominent myths and legends? Head to Rabbie’s Irish tours page to discover your ideal small group trip.